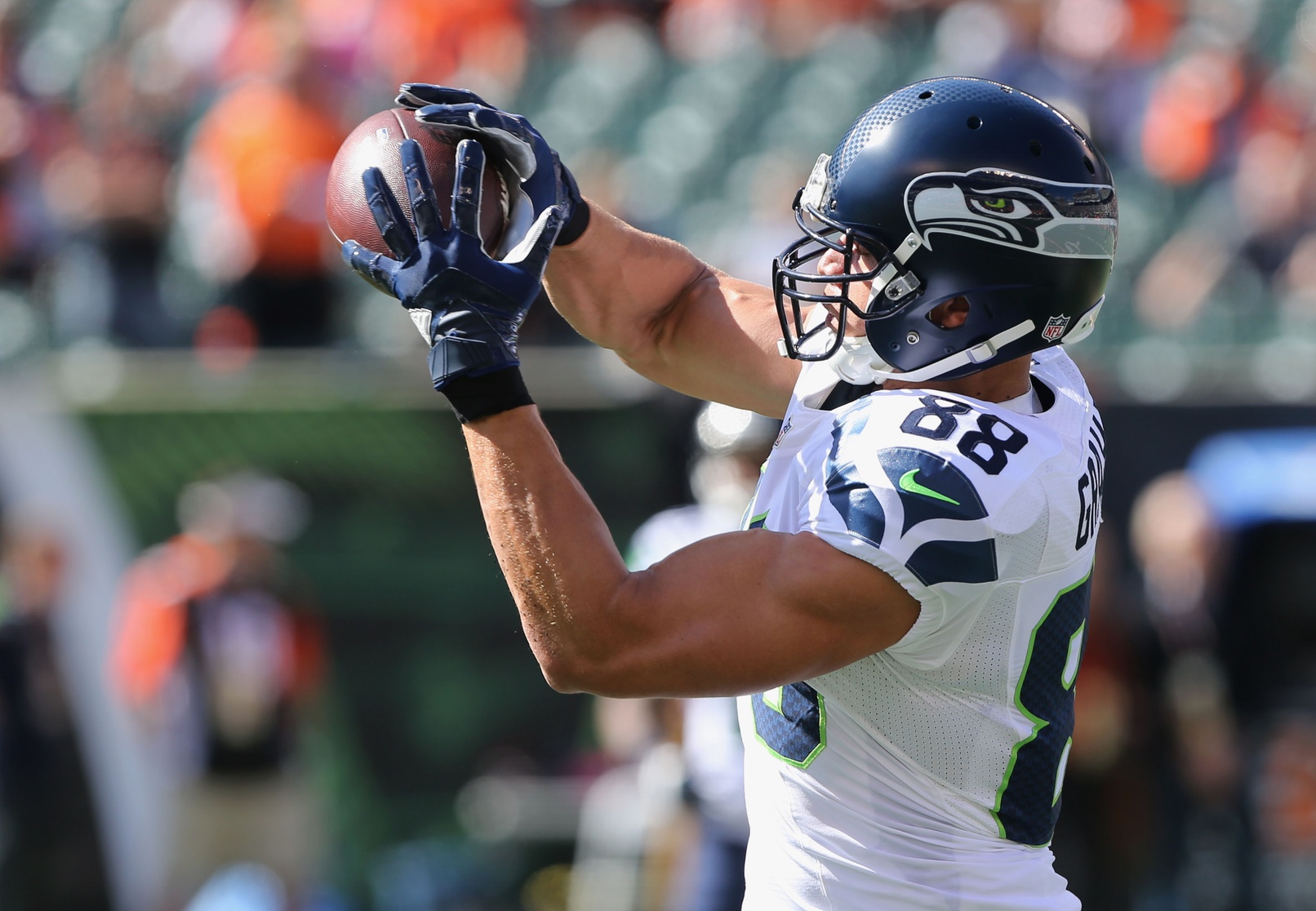 While it’s believed that free agent tight end Jimmy Graham will end up with either the New Orleans Saints or Green Bay Packers, another team has emerged. The Baltimore Ravens are reportedly interested in the five-time Pro Bowler.

Don't know how realistic it is given their competition, but sounds like Ravens have been in on TE Jimmy Graham. With Saints and Packers believed to be the top two teams involved, they are fighting an uphill battle.

A reunion with Graham and New Orleans has been discussed. But little progress has been made in the most recent talks between the two sides.

The Saints and Jimmy Graham have been seriously discussing a reunion, but talks have stalled over the last several hours per sources. Both sides still hoping to reach agreement. Other teams including the Packers are in the hunt.

Seattle Seahawks quarterback Russell Wilson has also noted that he wants Graham back in Seattle, but he’s too expensive.

Graham had something of an up-and-down season for the Seahawks in 2017. He caught 57 passes for 520 yards — the second and third worst totals of his career, respectively. But he also hauled in 10 touchdown passes for the first time since 2014.

The Ravens ranked in the bottom 10 of the NFL in touchdown passes during the 2017 season. So, we can certainly see why they’d be interested in Graham’s services, even if it is an uphill battle.