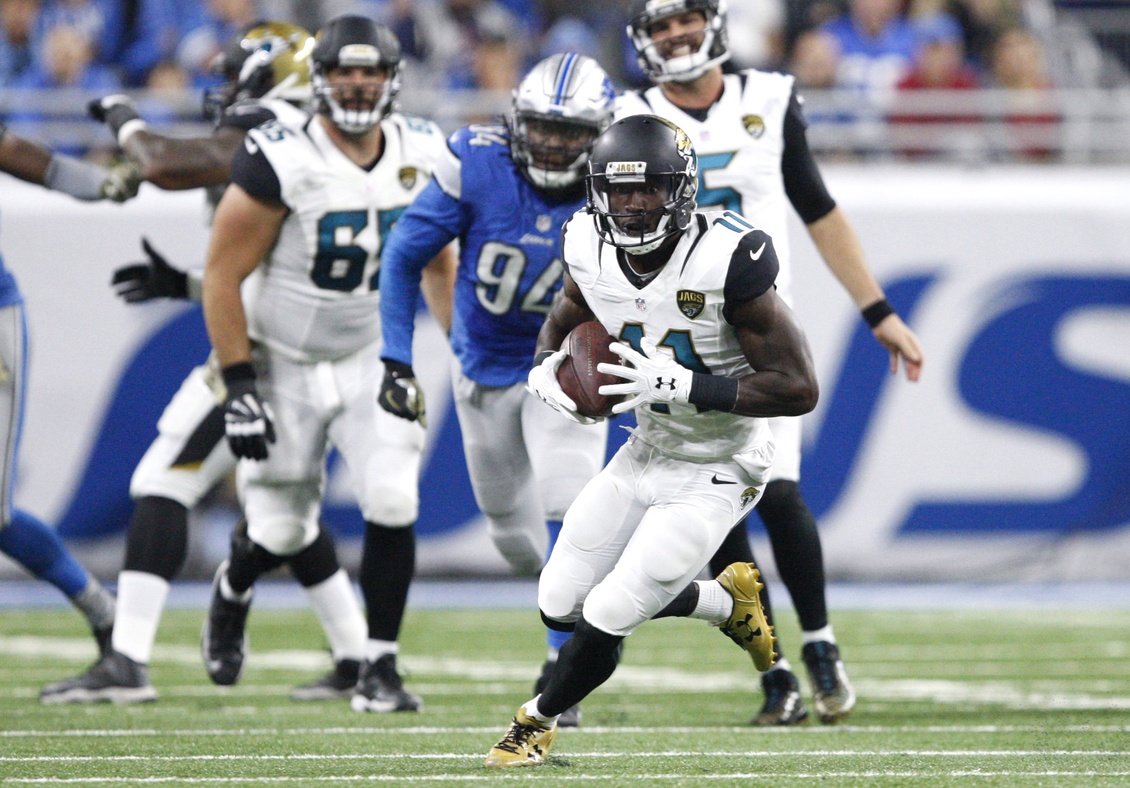 It has been trending in this direction for a while now. Reports leading up to free agency indicated that the Jacksonville Jaguars preferred re-signing Marqise Lee over better-known wide receiver Allen Robinson. Once Robinson opted to sign with the Chicago Bears, it became clear Lee’s return to Duval would likely happen.

Now comes this report from NFL Media’s Ian Rapoport indicting that the Jaguars are indeed going to re-sign Lee.

A former second-round pick out of USC, Lee has been consistently good over the past two seasons. During that span, he’s caught 119 passes for 1,553 yards and six touchdowns while putting up a solid 60 percent catch rate. The numbers might not be as flashy as what Robinson has put up, but Lee will come in at a lot less than the $14 million Robinson will earn per season in Chicago.

In fact, ESPN’s Adam Schefter reports the deal is worth just $38 million over four seasons.

This comes on the heels of Jacksonville signing All-Pro guard Andrew Norwell to the second-richest contract for an offensive lineman in the NFL. It also enables Blake Bortles to continue building a relationship with one of Jacksonville’s home-grown wide receivers.