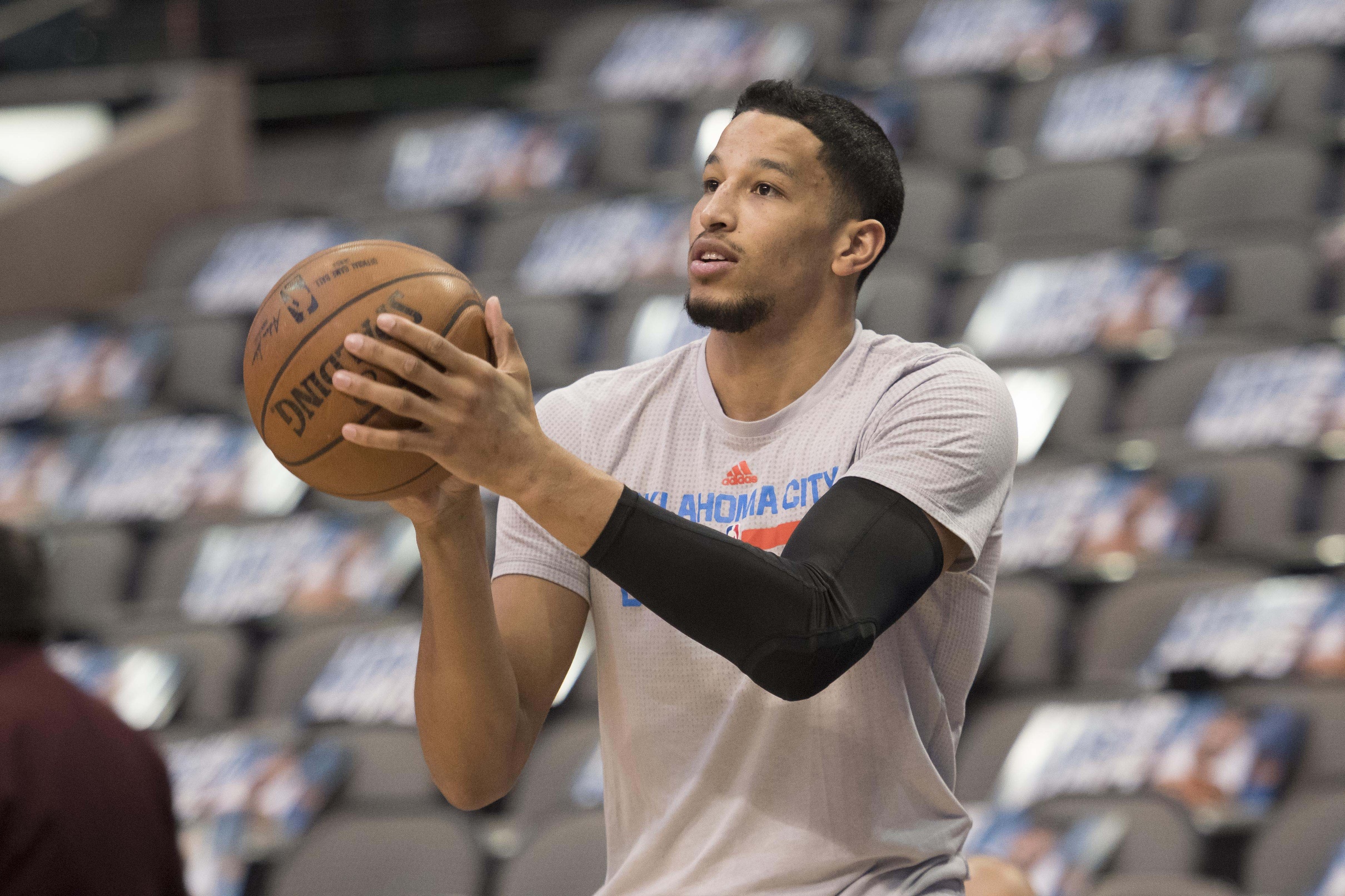 Oklahoma City Thunder guard Andre Roberson took a nasty fall on Saturday going up for an alley-oop, and he had to be taken off the court on a stretcher afterwards.

The fall occurred late in the third quarter of the team’s game against the Detroit Pistons.

Here’s a couple of looks at the tumble.

Anthony Roberson slipped going up for an alley-oop and landed hard on his tailbone, was parallel to the ground about 4 feet in the air pic.twitter.com/88XlIxGVU2

They brought out a stretcher for Roberson after this slip. I really hope he is okay. pic.twitter.com/dLoZ5n1Q7p

It appears to be a severe left leg injury for Roberson. His leg is wrapped up as he's loaded onto a stretcher.

Roberson is a very solid role player who averages five points and 4.7 rebounds per game for the Thunder.