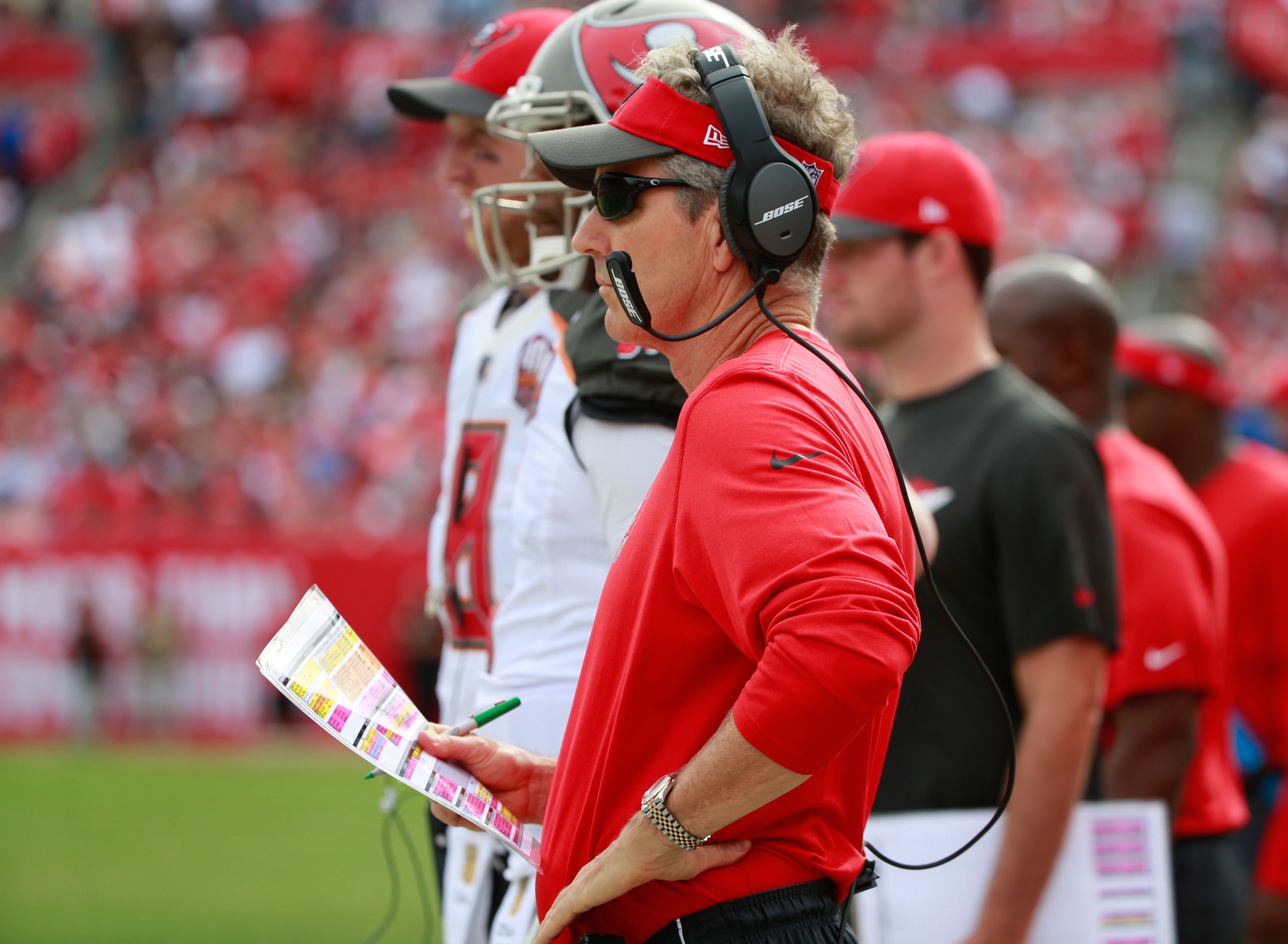 So much for all the Jon Gruden rumors. The Glazer family, which owns the Tampa Bay Buccaneers, reportedly told Dirk Koetter he will be retained for the 2018 season after a 2017 campaign that was full of misery, per Rick Stroud of the Tampa Bay Times.

Heading into Week 17, the Bucs sport a record of 4-11, though at least we can say they have been competitive in many of their losses. If their current position holds, the Bucs will pick No. 5 overall in the 2018 NFL Draft, which should certainly help them add an impact player.

Koetter has coached Tampa Bay to a record of 13-18 the past two years, and per the report he’s seen as someone who is instrumental in helping Jameis Winston become a better NFL quarterback. That’s debatable, from our perspective, as Winston seems like the same mistake-prone passer he was when he came out of Florida State a few years back.

That said, one of the reasons the Bucs are retaining Koetter, per the report, is that Winston did miss some time with a shoulder injury and has been much sharper since his return.

Time will tell if this move is beneficial or simply delays the inevitable. Tampa Bay absolutely failed to live up to expectations this season and will once again be seen as a team that needs to take a huge step in 2018 for Koetter to be seen as a success.