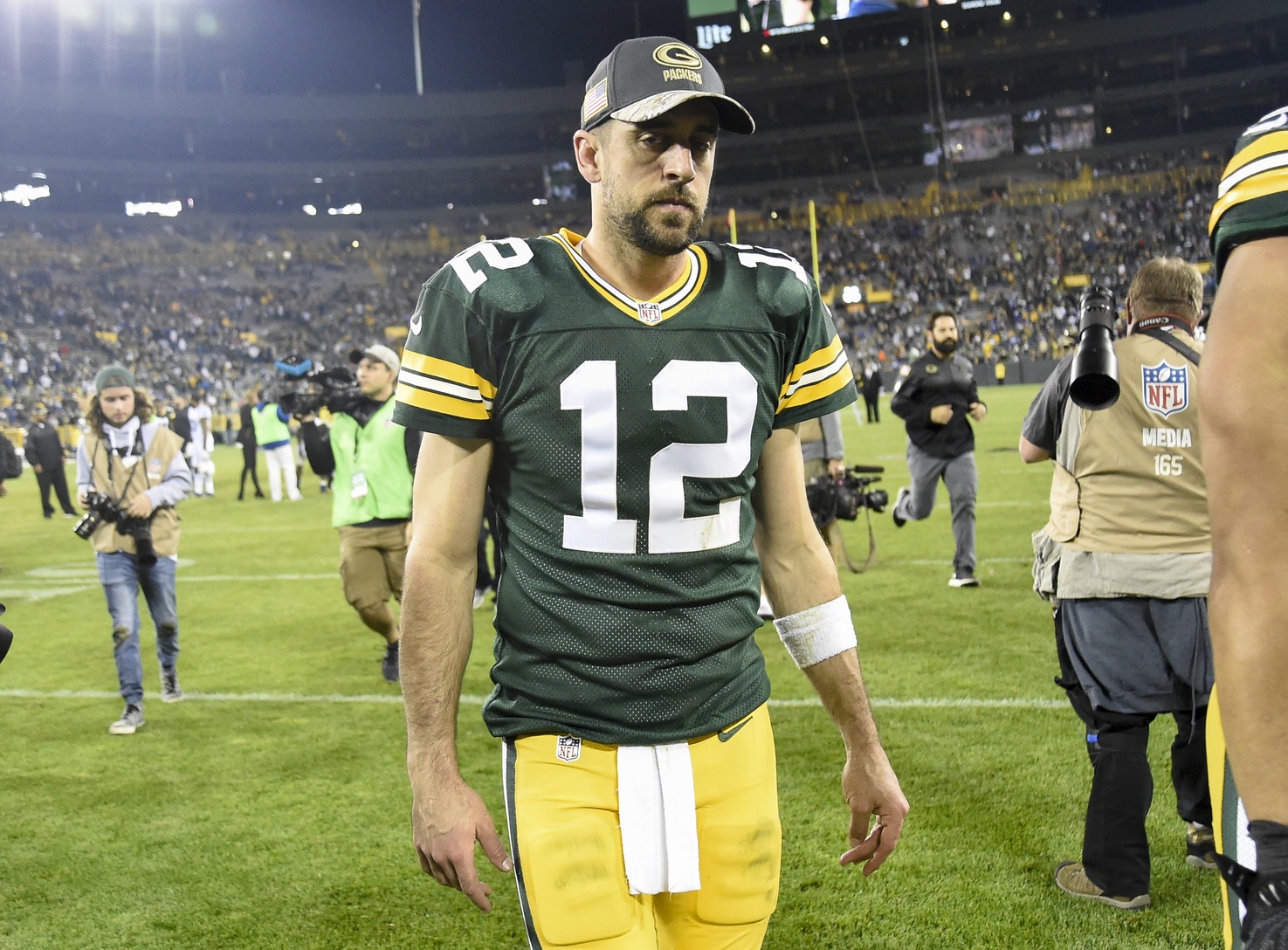 Any hopes that the Green Bay Packers could potentially contend for the Super Bowl this season rests squarely on the throwing arm of former MVP Aaron Rodgers.

At 4-1 on the season, Green Bay has started out strong. Unfortunately, during the early stages of Sunday’s game against the Minnesota Vikings, Rodgers himself had to exit after being hit by Vikings linebacker Anthony Barr.

Aaron Rodgers has left the game. Took a direct blow that crumbled his arm and shoulder. Hundley is in the game. Wow

The play shows Rodgers landing awkwardly on his shoulder.

After being taken to the medical tent on the sideline, Rodgers was carted off to the locker room.

Aaron Rodgers is going from the medical tent to a cart where he is being taken to locker room. Looked very bad for his right shoulder

We’ll obviously have further information as it becomes available. But for now, backup Brett Hundley is in the game.