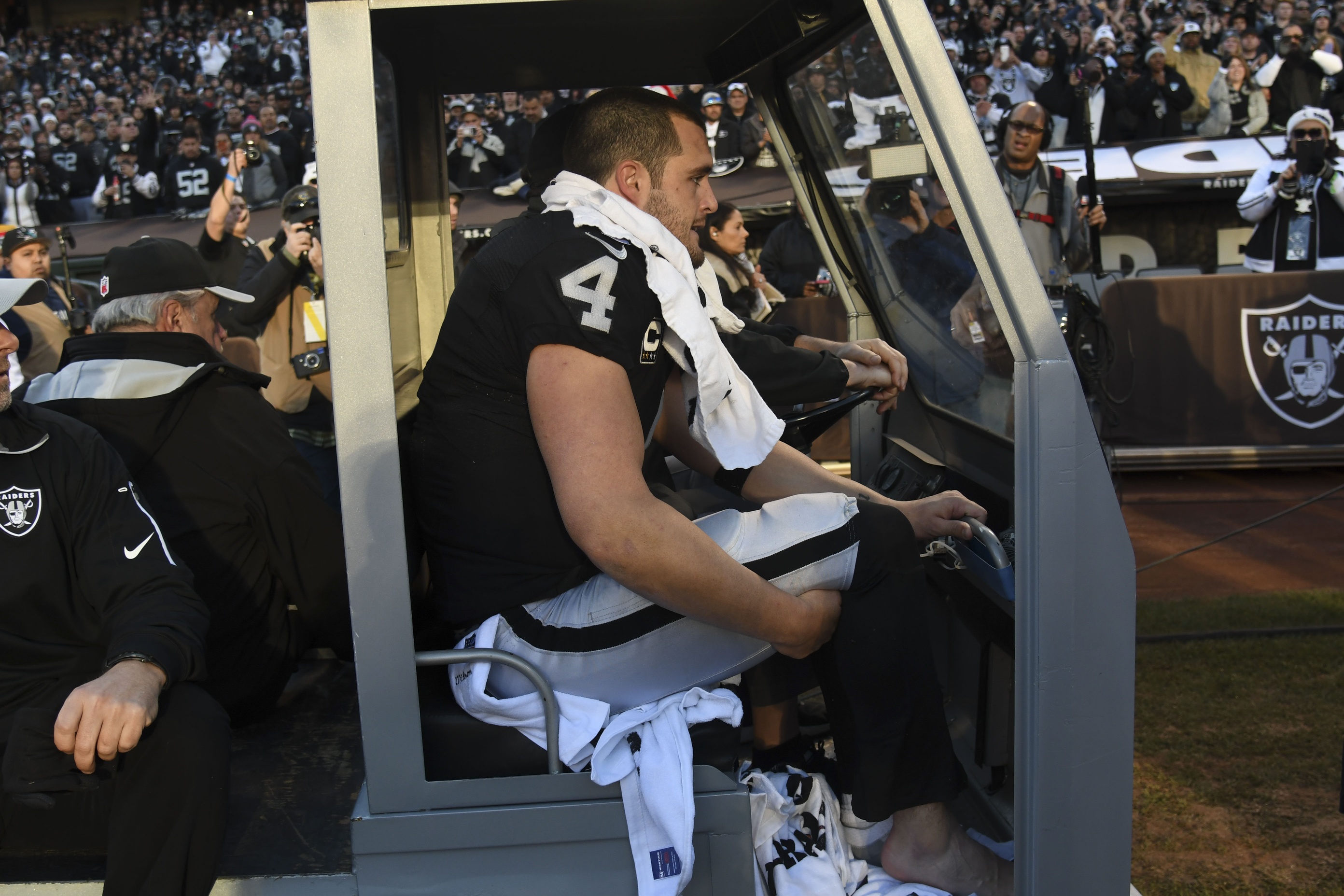 Jack Del Rio had some grim news for Oakland Raiders fans Monday afternoon when he announced Derek Carr will be out multiple weeks with a fracture.

"It could be as short as two weeks — it could be longer." pic.twitter.com/hJsR7Ld196

This is the same injury that Tony Romo suffered, which was the beginning of the end for him. The Raiders cannot afford to rush him back too soon.

Carr left Sunday’s game after taking an awkward shot to the back. He said he had muscle spasms in his back but felt optimistic about playing in Week 5 after the game, noting that an MRI would be needed.

Now we know that an MRI showed something more than just muscle spasms.

We also know the Raiders are going to be hard pressed to have a ton of success without Carr. EJ Manuel is his backup, and he’s a huge step down from the young gunslinger in terms of accuracy, poise and pure ability.