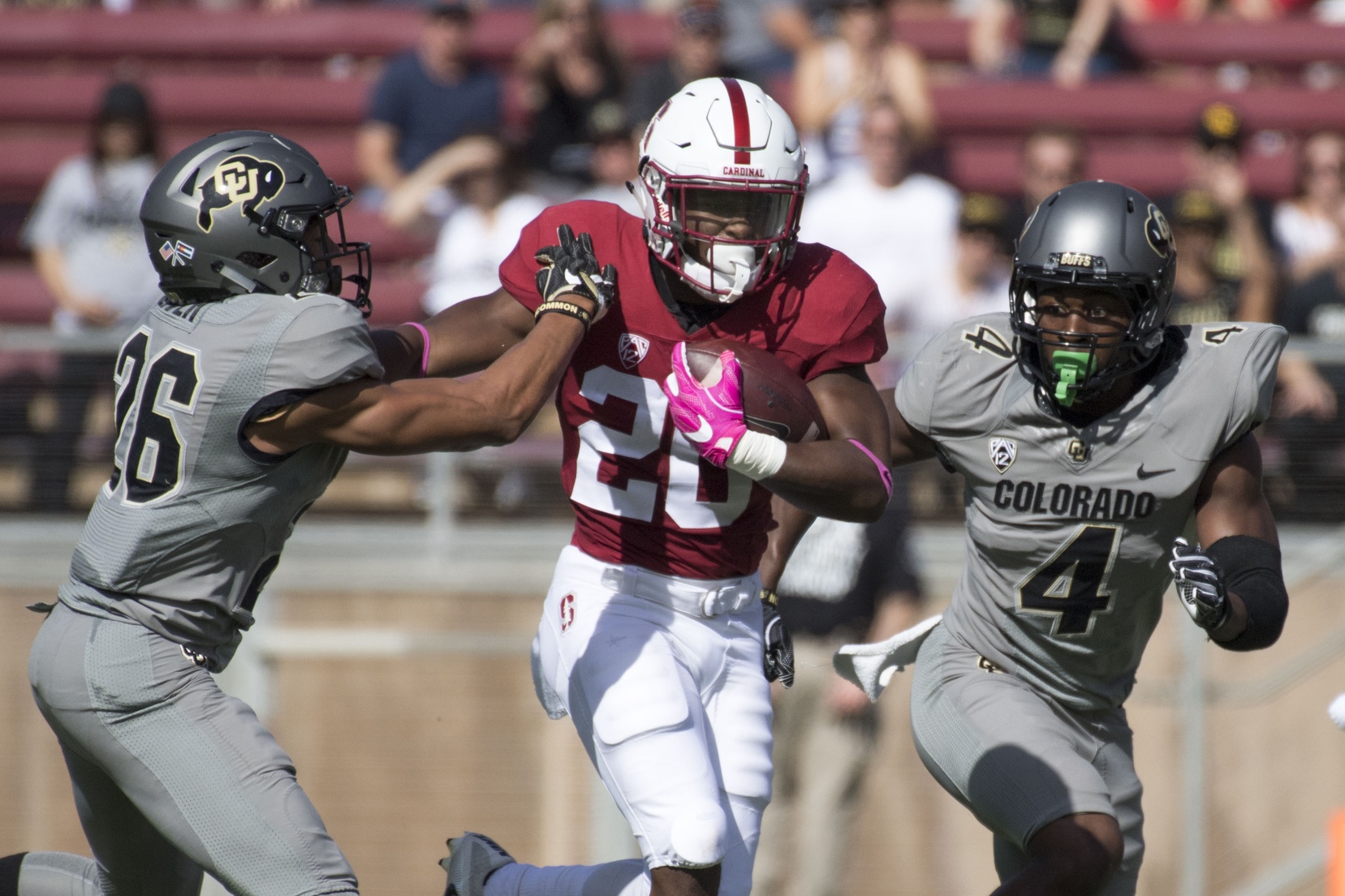 On Saturday on the road against USC, Love busted loose on a 75-yard scamper that ended putting six points on the board. The blocking up front by Stanford’s offensive line is notable, as is Love’s ability to straight-up fly.

That was fast! On #Stanford's first play from scrimmage, Bryce Love takes the carry to the house! #USCvsStanford pic.twitter.com/tMWItDjA9V

Just gone. Love gets through the hole in the blink of an eye, and once he hit the open field he was not going to be stopped.

This incredible display of speed tied the game up 7-7. It also gave Love over 100 yards…in the first quarter. Stay tuned.