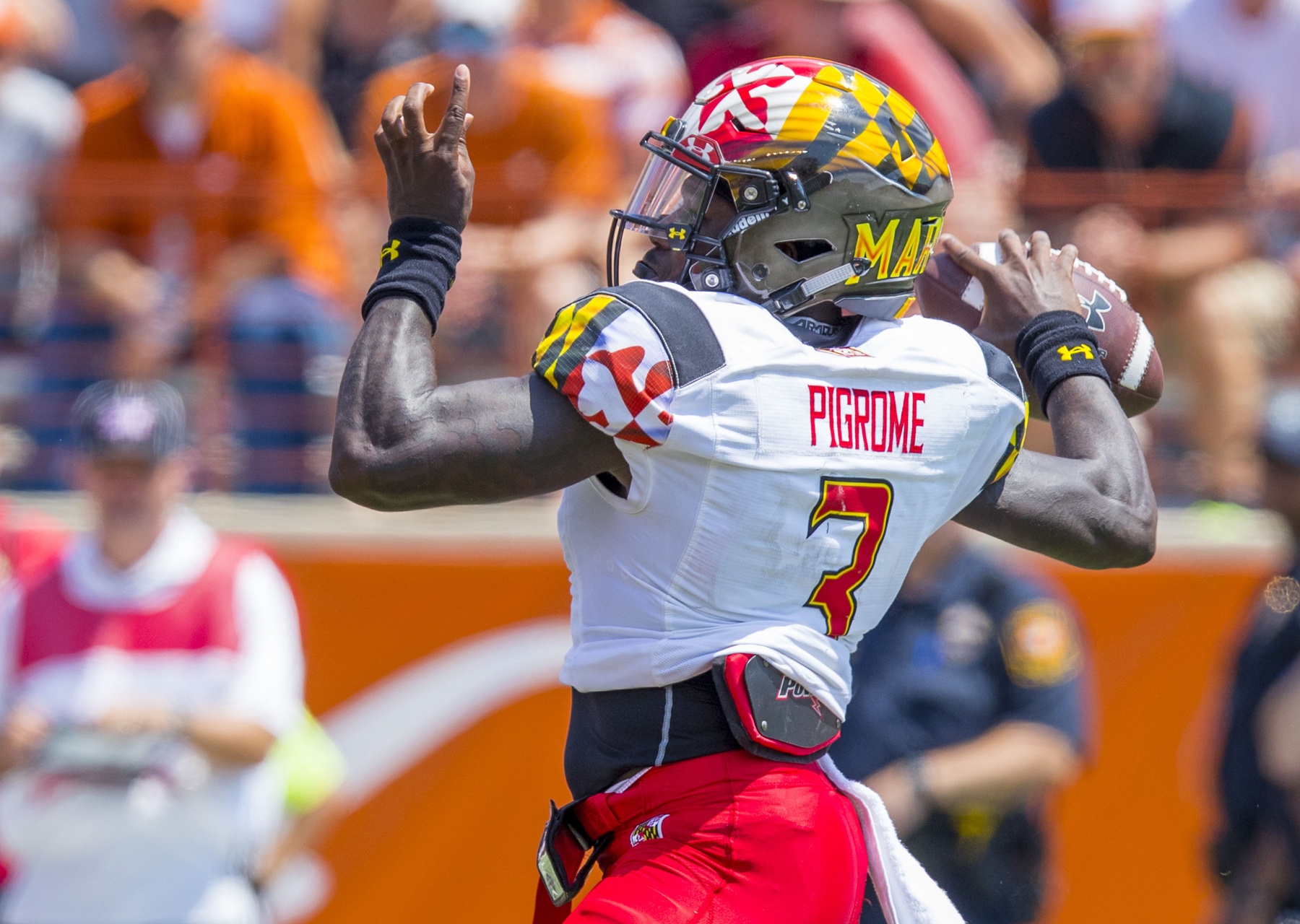 The Maryland Terrapins engineered one of the biggest upsets of college football Week 1 partly due to the play of starting quarterback Tyrrell Pigrome. Unfortunately, he’ll not play again in 2017 after tearing his ACL in that game.

Maryland QB Tyrrell Pigrome has a torn ACL, will miss the remainder of the season.

Before exiting Saturday’s game, Pigrome had totaled 239 yards and three touchdowns — two through the air and one on the ground.

In his stead, freshman Kasim Hill stepped into the game and helped complete the upset over the Longhorns. He completed 3-of-3 passes and totaled 58 yards in limited action late in the contest. He’ll be the man the rest of the way for the Terps.

This is a tough blow for Maryland’s sophomore starting quarterback, and for the offense as a whole. Going forward, it’s going to be up to junior running back Ty Johnson to be the main cog that drives Maryland’s offense.