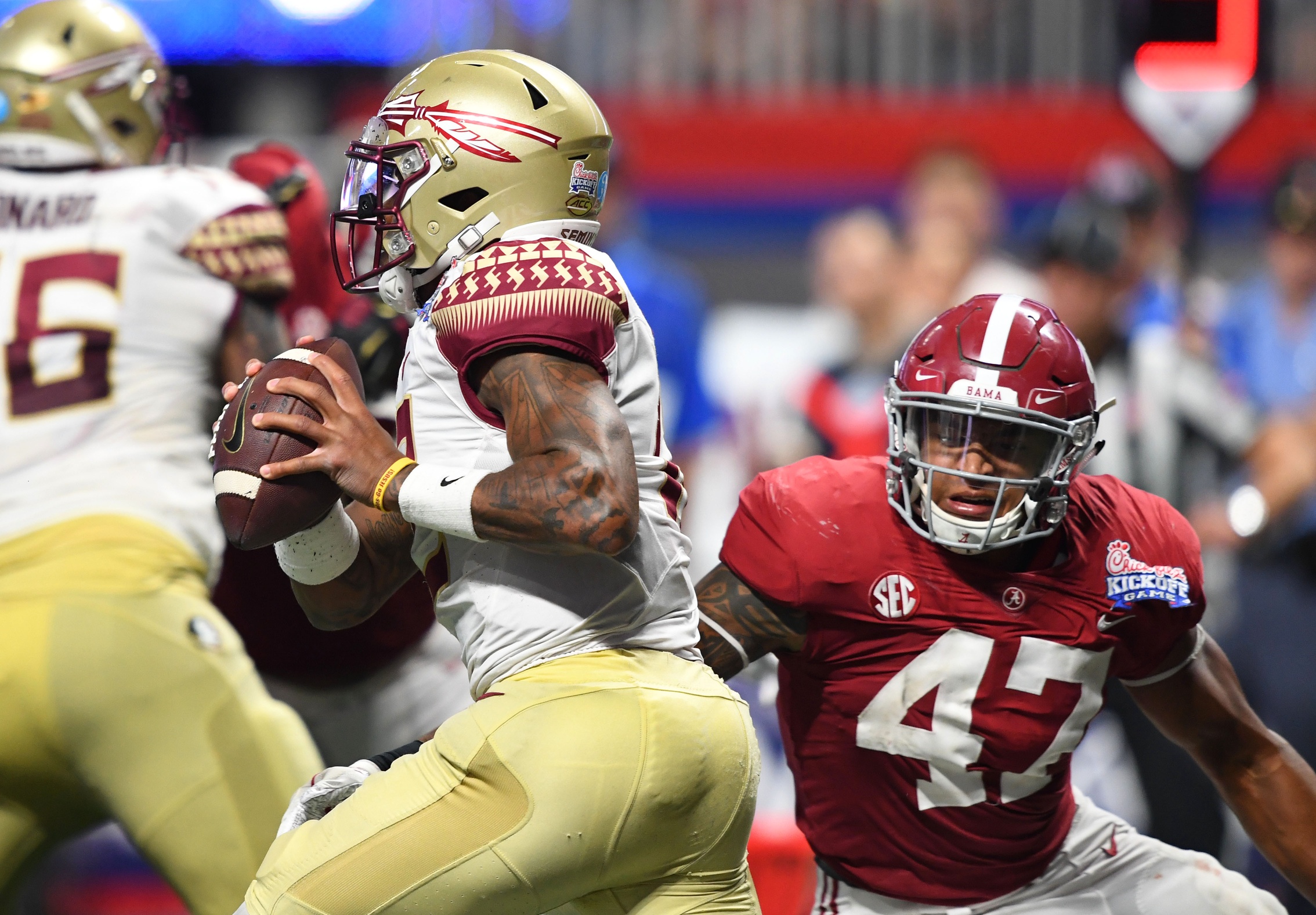 Alabama won its big game Saturday night against Florida State, but starting linebacker Christian Miller won’t play again in 2017 after suffering a torn biceps, per Matt Zenitz of AL.com. Additionally, sophomore Terrell Lewis will also miss the remainder of the season with torn ligaments in his elbow.

Miller totaled three tackles, including one for a loss, before exiting the game with his injury. Lewis racked up five total sacks and one for a loss before his night was done. Both players entered the season as key contributors, and both play outside linebacker.

Needless to say, Nick Saban’s famed depth will be tested early in the 2017 season.

Alabama wasn’t the only team to come out of the marquee matchup unscathed. It’s yet to be determined how severe FSU quarterback Deondre Francois’ knee injury was, but it didn’t look good. He’s undergoing an MRI, which will reveal the extent of the damage.