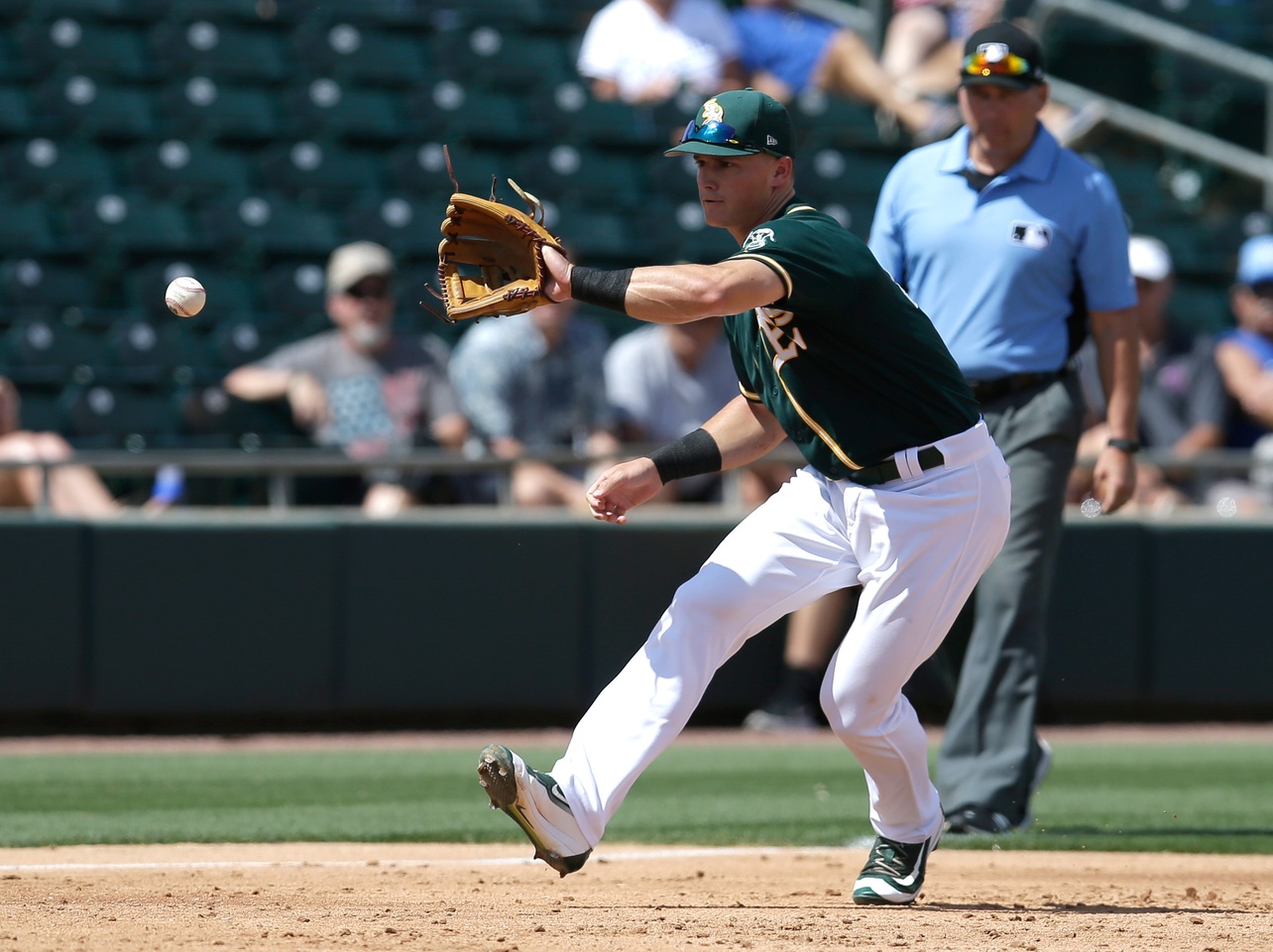 It’s been a busy day for Oakland Athletics 3B Matt Chapman. He hit a two-run double in the eighth inning to tie Oakland’s game against the Minnesota Twins. Then Chapman made an incredible catch with two outs in the tenth.

Not only did he end the inning, but Chapman stuck the landing after his circus catch.

This kind of catch can only happen in Oakland.

The A’s have one of the only stadiums in baseball with dugouts that don’t feature rails in front. Moreover, no stadium in MLB has anything close to Oakland’s foul territory. In every other stadium in the league, that ball is at least on top of the dugout, if not several rows into the crowd.

We can certainly applaud Chapman for taking advantage of his surroundings.