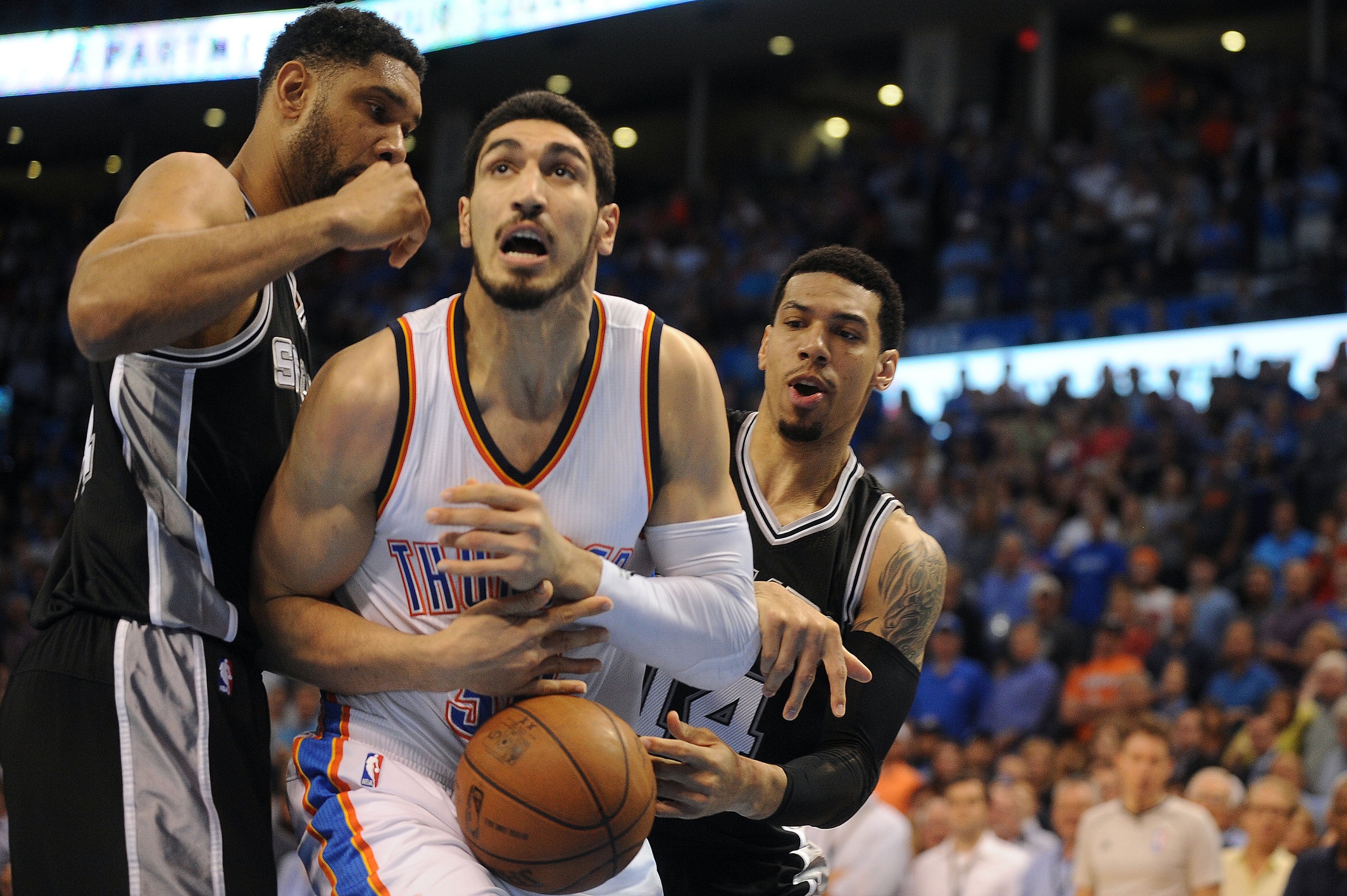 The entire drama that unfolded surrounding Oklahoma City Thunder center Enes Kanter this past weekend has not necessarily died down.

It was a major story around the world when Kanter was held in an airport in Romania after Turkey cancelled his passport.

I'm being held at Romanian airport by Police!! pic.twitter.com/uYZMBqKx54

While the veteran was ultimately able to return to the states, he had some strong words for what appears to be an oppressive government in Turkey.

.@Enes_Kanter tells the @RichEisenShow​ about his cancelled passport & being detained in Romania, all on his 25th birthday.#AUDIENCEsports pic.twitter.com/YXeT2ZQUJr

Now, it looks like Turkey itself is pushing back against the former Utah Jazz lottery pick.

According to a report from AFP, Turkey issued an arrest warrant for Kanter, claiming that he is a member of a terrorist organization.

“A judge issued the arrest warrant after an Istanbul prosecutor opened an investigation into Kanter’s alleged “membership of an armed terrorist organisation”, Sabah Daily, a pro-government newspaper in Turkey, reported.

Obviously, this is nothing more than the oppressive government attempting to throw Kanter under the bus. It’s the way dictatorships push back against those who oppose their rule. Using what amounts to as nothing more than a state-run newspaper to make the claim magnifies this further.

Kanter himself pushed back on Twitter Friday following the report that an arrest warrant had been issued.

“Ha ha ha. Don’t be exhausted. I will come all by myself,” an interpretation of Kanter’s tweet read. “To spit on your ugly, hateful faces.”

Needless to say, this is an international incident well beyond the scope of the basketball and professional sports world. It goes directly to the issues foreign-born NBA players are having in their native nations.

One thing is clear. It wouldn’t be exactly prudent for Kanter himself to return to Turkey any time soon. He’s pretty darn happy in the states.

Well!!
Hello
The most beautiful country in the world.
The United States Of America ?? ❤️ pic.twitter.com/FBPurW17AT

And we’re darn sure the Oklahoma community is happy to have him.