Even before the preseason rankings emerge, it’s fun to take a peek ahead at the 2017 college football schedule to figure out which games hold the most interest.

That’s what we’re doing today. The season is fluid and some of the teams we think will be hot will not hit the spot. But generally speaking we can get a good handle on which games will provide excitement to the masses while providing meaningful context in the standings.

With that in mind, these are our picks for best games every week on the 2017 college football schedule.

Note: We’re not including Weeks 14-15, as they only feature the Sun Belt and the Army-Navy Game. 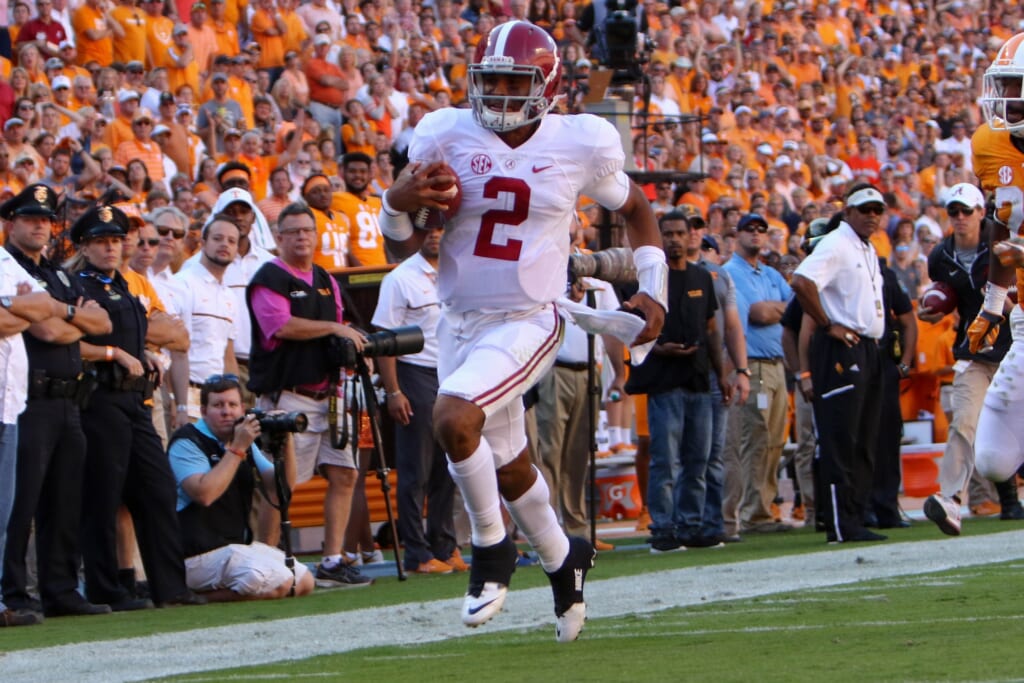 A no-brainer here, this will likely be No. 1 vs. No. 2 in the nation, with either team being fit to take that No. 1 spot. Though, if you ask Nick Saban, it’ll be the Seminoles.

This game will feature two of the most exciting young quarterbacks in the nation. Both teams featured freshmen last year — Jalen Hurts for Alabama and Deondre Francois for FSU — who were phenomenal in their first seasons. Both programs feature head coaches who are the best in the business, defenses capable of shutting down opponents and running games that can bulldoze their way to the end zone.

On top of it all, it puts both programs in immediate danger of falling into an immediate hole that could prove impossible to emerge from as it pertains to national championship aspirations.

It really doesn’t get much better than that to get the season kicked off.