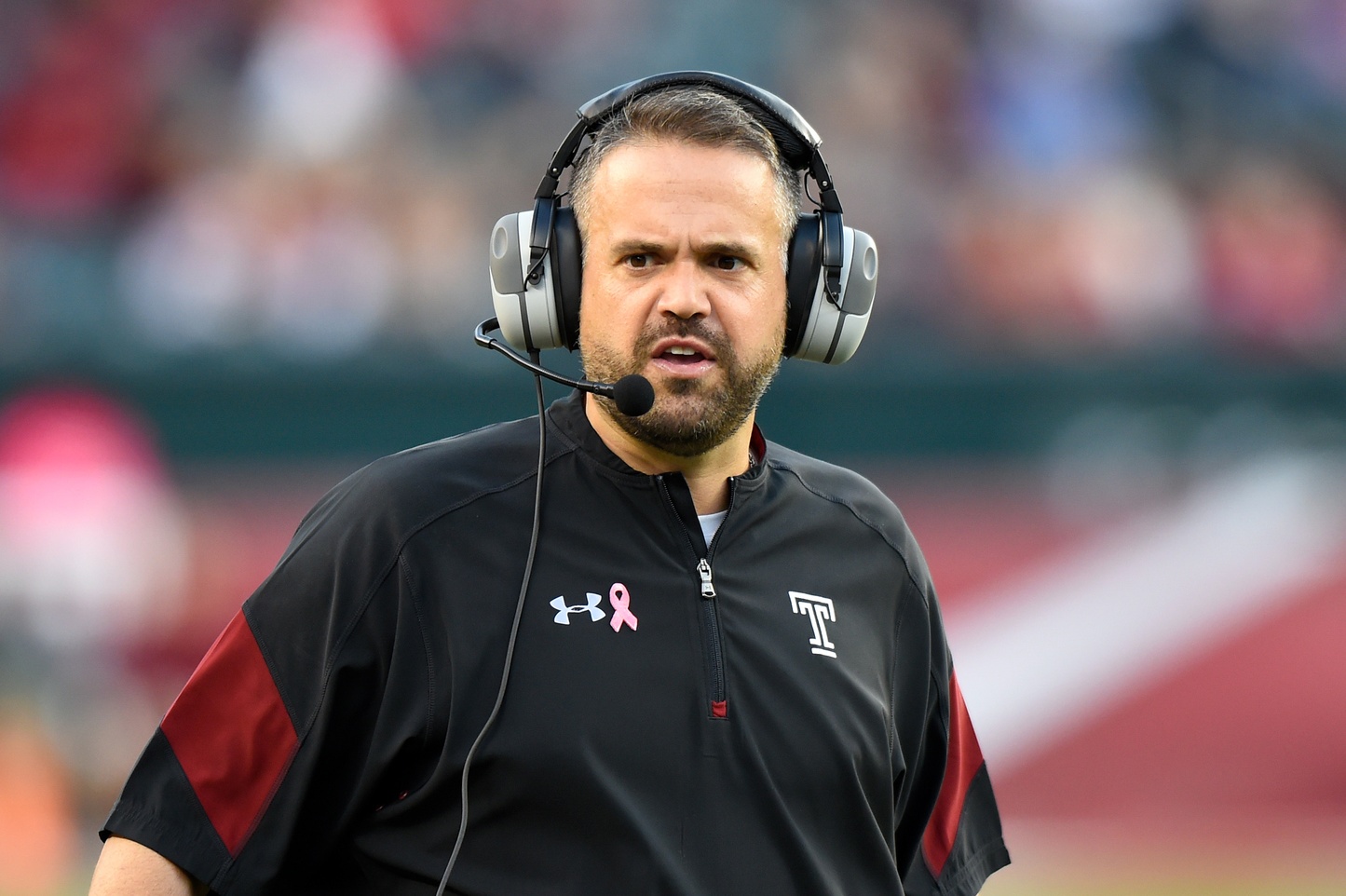 The search for a new head football coach at Baylor has been an interesting story to follow, but it’s reportedly at an end with Temple’s Matt Rhule accepting the job.

This news was first reported by Bruce Feldman, and the university confirmed it not long after.

OFFICIAL: We have our new Head Football Coach. Welcome to Matt Rhule and his family. #SicEm ?

“I am truly honored and humbled to join the Baylor Family,” said Rhule, per the school website, “and I can’t thank President Garland and Mack Rhoades enough for this incredible opportunity. Baylor is a tremendous institution with a history of football success and I know the passion that so many have for the Bears will help bring the community together to reach even greater heights. I am excited to get started.”

Rhule certainly made a name for himself of late, guiding Temple to consecutive 10-win seasons, the first double-digit seasons at the program since 1979.

What’s going to be truly interesting to see is what type of offense Baylor will feature. During his tenure with Temple, the Owls were a run-first team that also played hard-nosed defense. These aren’t exactly the kinds of traits Big 12 teams are known for sporting.

A coach who made his bones as a defensive assistant for years before switching to offense at Temple as a quarterback coach and coordinator, it’s going to be fascinating to see what Rhule puts together at Baylor. He was also an assistant of Tom Coughlin’s with the New York Giants and is well respected around the nation.