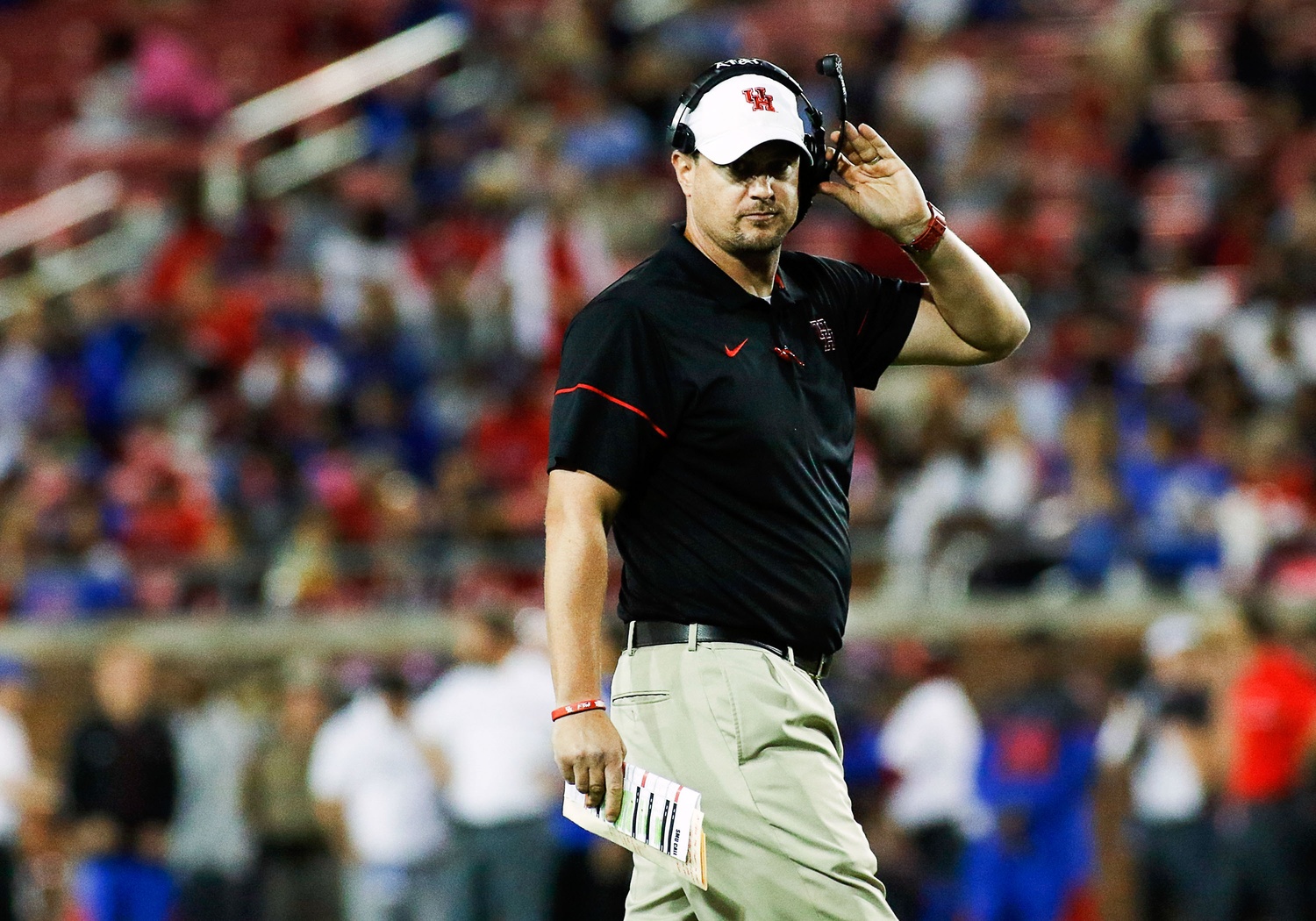 During his introductory press conference as the new head coach of the Texas Longhorns, Tom Herman tossed out the quote of the month, directing a good amount of shade in Charlie Strong’s general direction.

In a clear “mic drop” moment, he didn’t hold back when asked about the pressures Charlie Strong repeatedly references in his tenure as head coach of the Longhorns.

Herman, formerly the head coach of NCAA football darling Houston Cougars, is taking over a program that had gone a paltry 16-21 over the past three seasons under Strong.

With a fantastic offensive mind, Herman looks to resurrect a once proud program that opens the season in a home tuneup game against the San Jose State Spartans before a key matchup on September 16th against the USC Trojans in Los Angeles — essentially a 2005 National Championship rematch.

Expect Herman to try making his mark early as he undertakes the biggest reclamation project of his career.