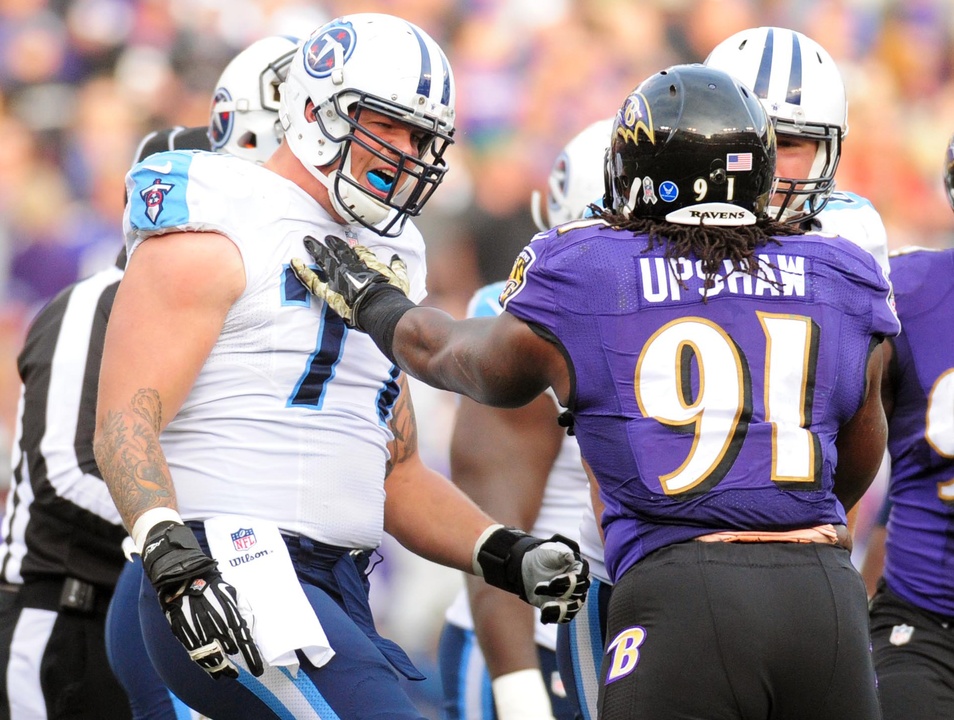 The Tennessee Titans may be dominating the Green Bay Packers early Sunday afternoon, but it hasn’t come without some major drama.

Starting tackle Taylor Lewan was ejected in the first quarter after making contact with an official. The play happened relatively quickly, but you can clearly see the former first-round pick make contact with the official.

#Titans Left Tackle Lewan was ejected for making contact with an official, here's what happened https://t.co/YzbGZrCFXy

Lewan, who already had one ejection under his belt this season, was seen swiping away a hand that made contact with him. Likely not understanding it was an official, Lewan was promptly tossed from the game.

This is the latest example of the Michigan product hurting his team by acting out on the field. In reality, he’s been a head case all season. Though, one could certainly make the argument that the officials were quick to eject him, as it sure looked like there was no real intent here.