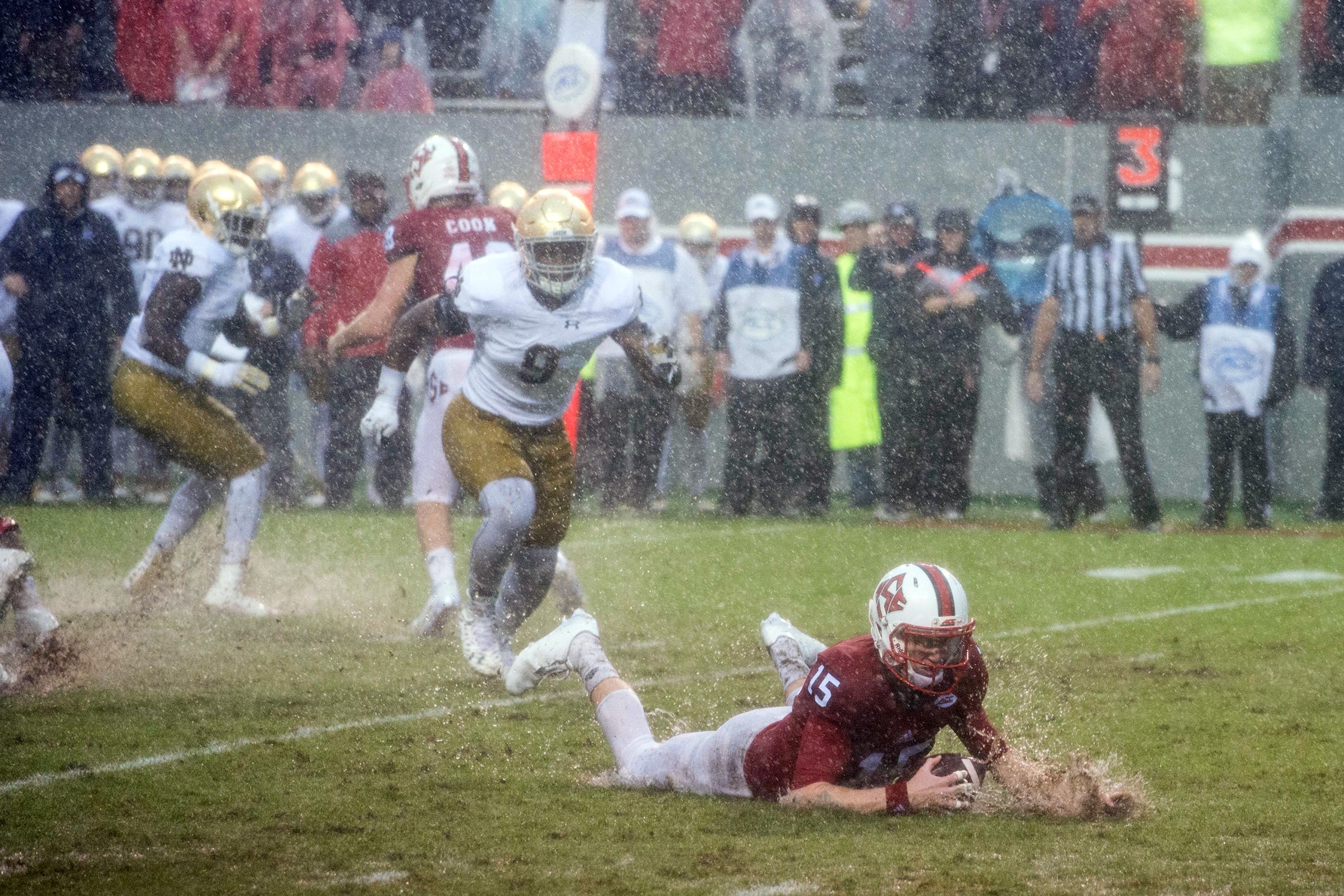 Notre Dame and North Carolina State are battling one another, Hurricane Matthew and a soggy field, so it’s not surprising that it hardly resembles football.

The field resembles a murky bog. Players have been slipping, sliding and struggling to play in the horrible conditions.

Here is a quick look at Notre Dame center Sam Mustipher failing to even snap the ball to DeShone Kizer.

Check out the extreme measures fans are taking to still support their team without getting waterlogged.

Here are a couple more failed snaps, which show the slip-and-slide nature of the field today.

And a few more slip-and-slide moments.

Heading into the fourth quarter, the game was tied up at 3-3. Neither quarterback could make much happen through the air, combining for 65 yards at this point in the game.