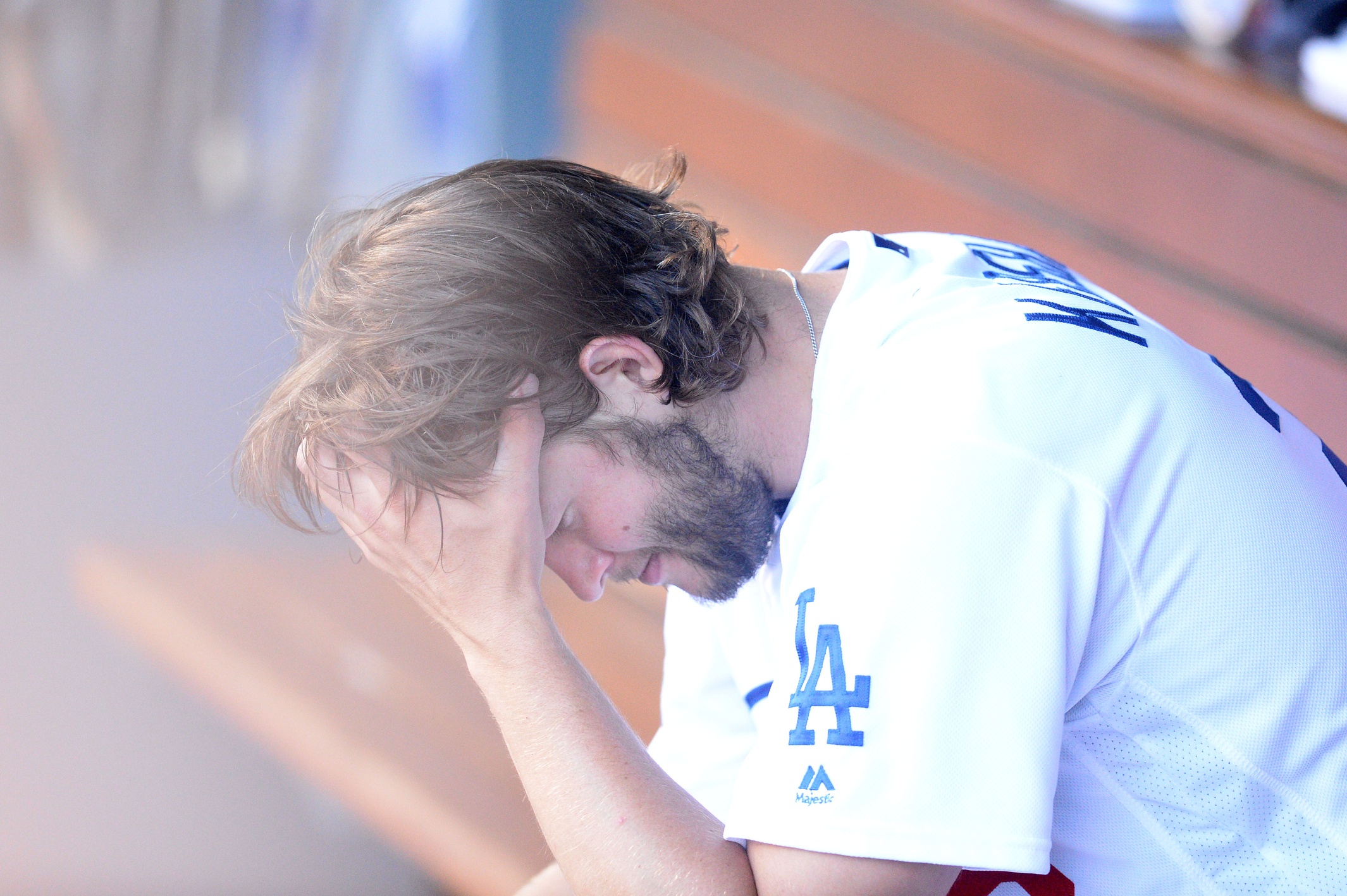 The Los Angeles Dodgers won Game 4 of the NLDS on Tuesday, prolonging their season. But the win came despite something that’s become all too familiar for the Dodgers — a less-than-stellar outing from ace Clayton Kershaw.

Kershaw went 6.2 innings and did strike out 11 Washington Nationals. But the three-time Cy Young Award winner allowed seven hits, walked two hitters and surrendered five earned runs. Three of those runs came in the seventh inning, when Kershaw and his Los Angeles teammates blew a 5-2 lead.

This recent sub par performance from the likely future Hall of Famer begs a simple question. Is Kershaw really a big-game choker?

The numbers certainly don’t work in his favor.

A pitcher with Kershaw’s resume should be one that his team can consistently depend on in the biggest spots. Kershaw has certainly had some big October moments, notably in Game 4 of the NLDS in both 2013 and 2015. But overall, his numbers haven’t been dependable.

Though, a few other factors put things in a different light.

This is something that reared its ugly head in Game 4 and has been a consistent problem through Kershaw’s playoff career. He has been let down by his Dodgers’ teammates.

Throughout his postseason career, Kershaw has surrendered 41 earned runs. With that said, he hasn’t been the pitcher on the mound when all 41 men crossed the plate.

When Clayton Kershaw has been pulled from playoff games, he's left a total of 14 men on base. His bullpen has allowed 9 of those 14 to score

Those runs obviously count against his ERA. Still, if we take those nine runs off the board, his playoff ERA goes from 4.83 to 3.77. That’s more than a full point off his ERA that has been scored with another pitcher on the mound.

That’s still not great, but it begins to put things into a different perspective. Certainly 2016 has been an exception, making Game 4’s meltdown even more baffling. But throughout Kershaw’s career, the Dodgers have generally not backed him up with a good bullpen.

Granted, Kershaw did put those nine guys on base. So he isn’t entirely off the hook for those runs. But it’s absolutely worth mentioning that with a better bullpen, things would look different. Really, the bad bullpen doesn’t only impact things when games are blown or when inherited runners score. If a manager can’t rely on his bullpen, he’s naturally going to push his best best starting pitcher to the limit. So, even on short rest with a high pitch count, Kershaw has often been asked to go out and pitch deep into games.

Don Mattingly did it, and even with an improved bullpen, Dave Roberts followed suit in Game 4 against Washington.

If the Dodgers ever had a shut-down bullpen like the Kansas City Royals enjoyed in 2014 and 2015, it’s unlikely that these numbers would be so ugly. Kershaw may start the seventh or eighth inning, but he wouldn’t so consistently be left in for one pitch too many.

The Dodgers have only missed the playoffs three times (2010-2012) in Kershaw’s career. With that, the big lefty has naturally seen a lot of October action.

But that still only works out to 12 starts and 15 appearances — less than one-half of a regular season.

What happens to pitcher’s numbers in the early portion of the regular season? A couple of bad outings can really throw the numbers out of whack, almost no matter how good the rest of the appearances were.

If we focus purely on Kershaw’s postseason starts, he has a 4.60 ERA and a 1.22 WHIP over 72.1 October innings. That certainly looks pretty mediocre.

But for the sake of argument, let’s use the Men in Black neuralyzer and eliminate two of those outings — Game 6 of the 2013 NLCS and Game 1 of the 2014 NLDS, both against the St. Louis Cardinals.

With those two outings gone, Kershaw’s ERA as a starter is 3.21 with a 1.10 WHIP over 61.2 innings. Sure, that’s still slightly worse than Kershaw’s regular season totals. But when we consider that everyone is tired in the playoffs and naturally, the competition is better, that’s well within the margin of error.

Is Kershaw really a playoff choker?

Throughout baseball history, plenty of starters have had the “big money pitcher label.” If we go back far enough, we can look at Christy Mathewson. Slightly more recently, pitchers like Sandy Koufax and Bob Gibson earned that moniker. Even more recently, Curt Schilling and Madison Bumgarner have put their feet down as guys you always enjoy seeing on the mound in a big game — as long as they’re pitching for your team.

Kershaw doesn’t have that reputation and frankly, that’s fair. He’s had a few too many rough outings and not enough big ones, especially in the later rounds.

Kershaw’s not that, either.

Certainly his postseason numbers don’t match his regular season standard, or what a few others have done in the playoffs. But if Kershaw goes out and throws a gem in his next playoff outing, it won’t be met with any shock. He’s simply thrown too many of them.

So, has Kershaw choked in the playoffs? Yes. But is a playoff choker? No, not even close.