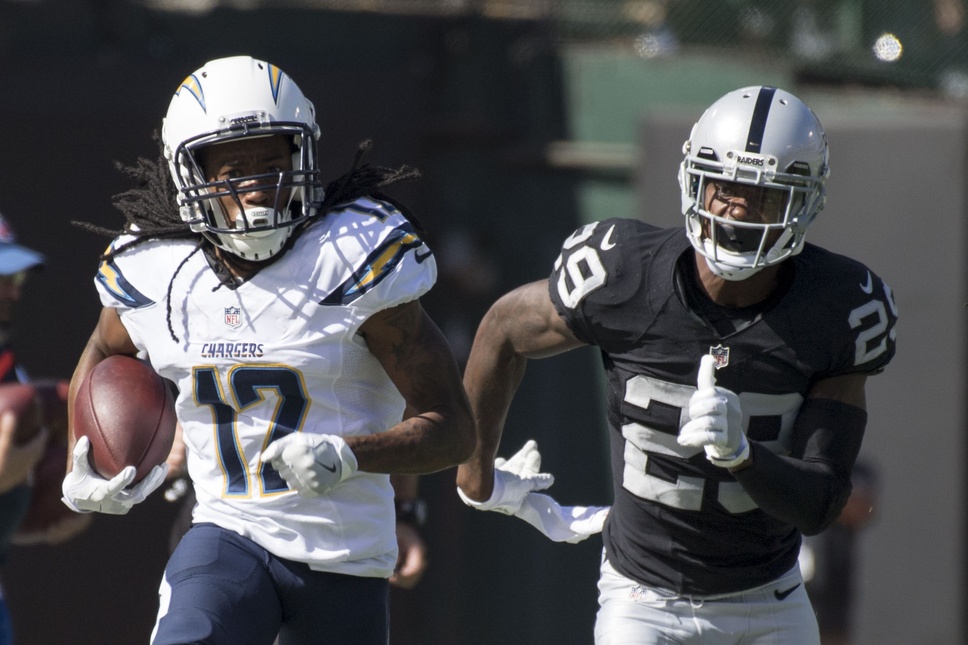 When NFL teams are on a hot streak, there’s normally a combination of great matchups in a team’s favor. There’s also enough talent to cover up a glaring flaw that may not be prevalent just looking at a box score.

For the hottest teams in the NFL right now, the glaring flaws are pretty apparent even with limited viewing of their teams.

Sure, these five teams are on streaks, but those streaks could come to an end soon without an improvement at these spots. 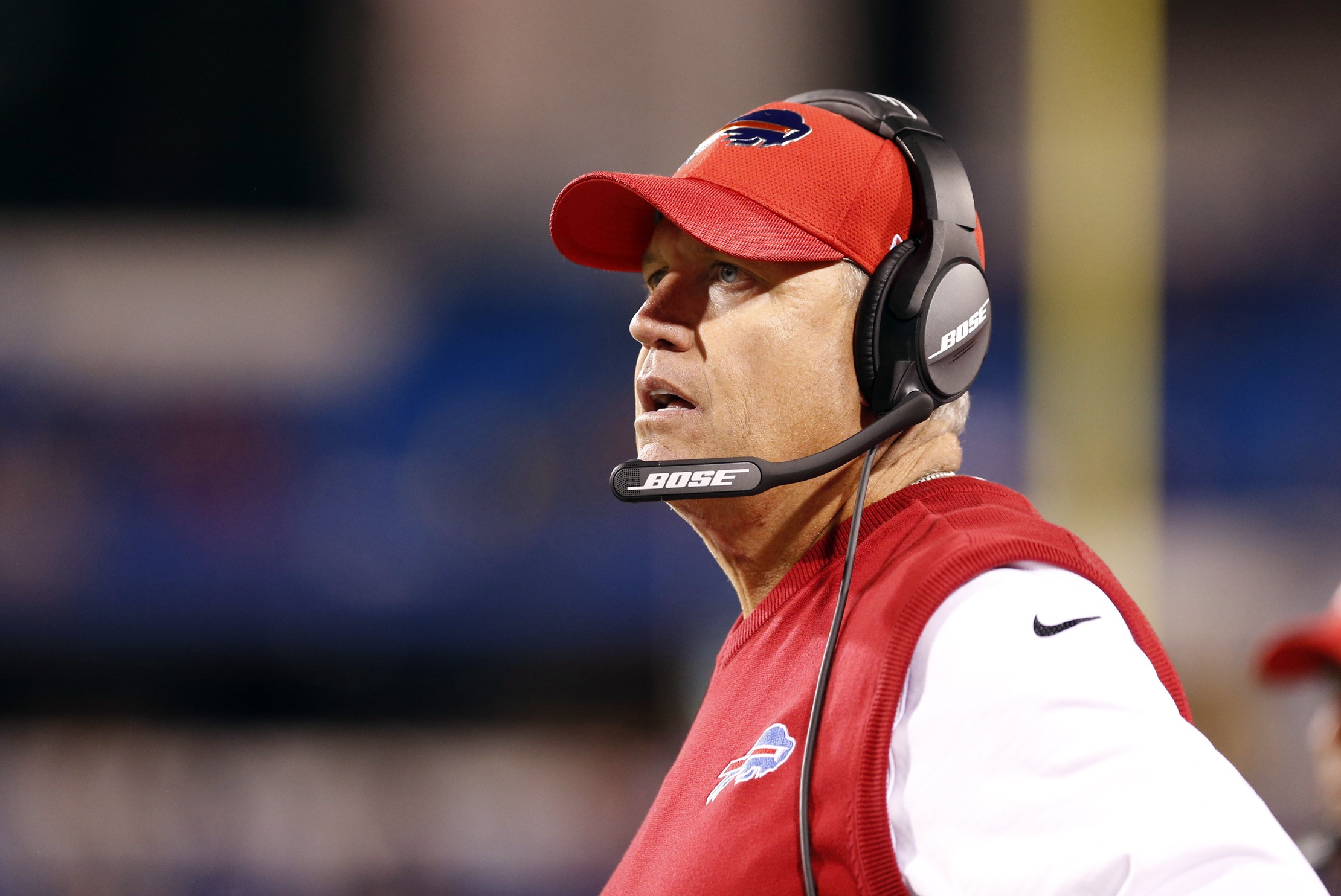 The Bills have a massive issue that will stop any run short. Their head coach. While Rex Ryan has been known to be an outspoken head coach, he hasn’t really been known as a good head coach. In fact, Ryan might just be the defensive version of Jeff Fisher.

He’ll have a job for as long as he can breathe, but he has no business being a head coach of an NFL team. He’ll continually lead teams to 7-9 or 8-8 records, because he has no clue how to build an offense. Eventually, that will catch up to the Bills this season too.

They are on a nice run to start the year, but it’s only a matter of time before the Bills lose a game to a team that’s easily better than them. They have feasted on an early schedule that was somewhat week and included playing the Patriots without Tom Brady.

Want the worst pass defense in the NFL?

Look no further than the Oakland Raiders. Their early-season run has been primarily because they can win in a shootout with nearly any team. However, their pass defense has allowed the most yards per game (331) and the second-highest yards per passing attempt (8.65) in the NFL.

Raiders may be 4-1 for the first time since 2001, but their defense needs to pick it up. pic.twitter.com/x608qGphLY

If teams want a shot at ending the Raiders’ win streak, it will come down to their ability to stop their opponents from passing the ball all over them. That’s something that hasn’t happened but once all season. That was against the Titans who are starting a second-year quarterback.

The issues start up front with the Raiders as Khalil Mack and Bruce Irvin haven’t been able to get tremendous pressure, sacking the quarterback a combined seven times all year. It continues to the secondary where Keith McGill played so poorly that they had to start the rookie Karl Joseph in his place.

The bright side for Raiders fans is that they are still finding ways to win despite the lack of a pass defense, and they have the talent and coaching to turn things around. It just all needs to click. Once it does, the Raiders could be the team to beat in the AFC West.

The Atlanta Falcons have the best offense in the NFL right now, and there really isn’t anyone close. That is what’s helped lead the Falcons to their 4-1 record and this dominant stretch.

The issue is that the Falcons don’t have the pass rush to really affect teams in these situations. The Falcons have 10 sacks this year, which is just good enough for 17th in the NFL. Six of those came in their last game against the Broncos. The Falcons’ lack of pass rush has hindered the defense to the point of allowing too many yards and points.

Atlanta had one of the worst statistical defenses in the NFL before the last two games because of this lack of pass rush. They boast the pieces to have a solid pass rush in Grady Jarrett, Vic Beasley, Dwight Freeney and Adrian Clayborn. But it hasn’t fully come together just yet.

On the bright side, the Falcons did get some pass rush against the Broncos, but the Broncos were playing with a backup right tackle who was also injured. That could have impacted the proficiency of the pass rush, but the Falcons could also finally be getting a rhythm going with their pass rush.

But they’ll have to continue the performance from the Broncos game throughout the rest of the season if they want this run to continue. There might be something special in Atlanta this year. And if a pass rush gets added to that defense, they could be a legitimate Super Bowl contender. 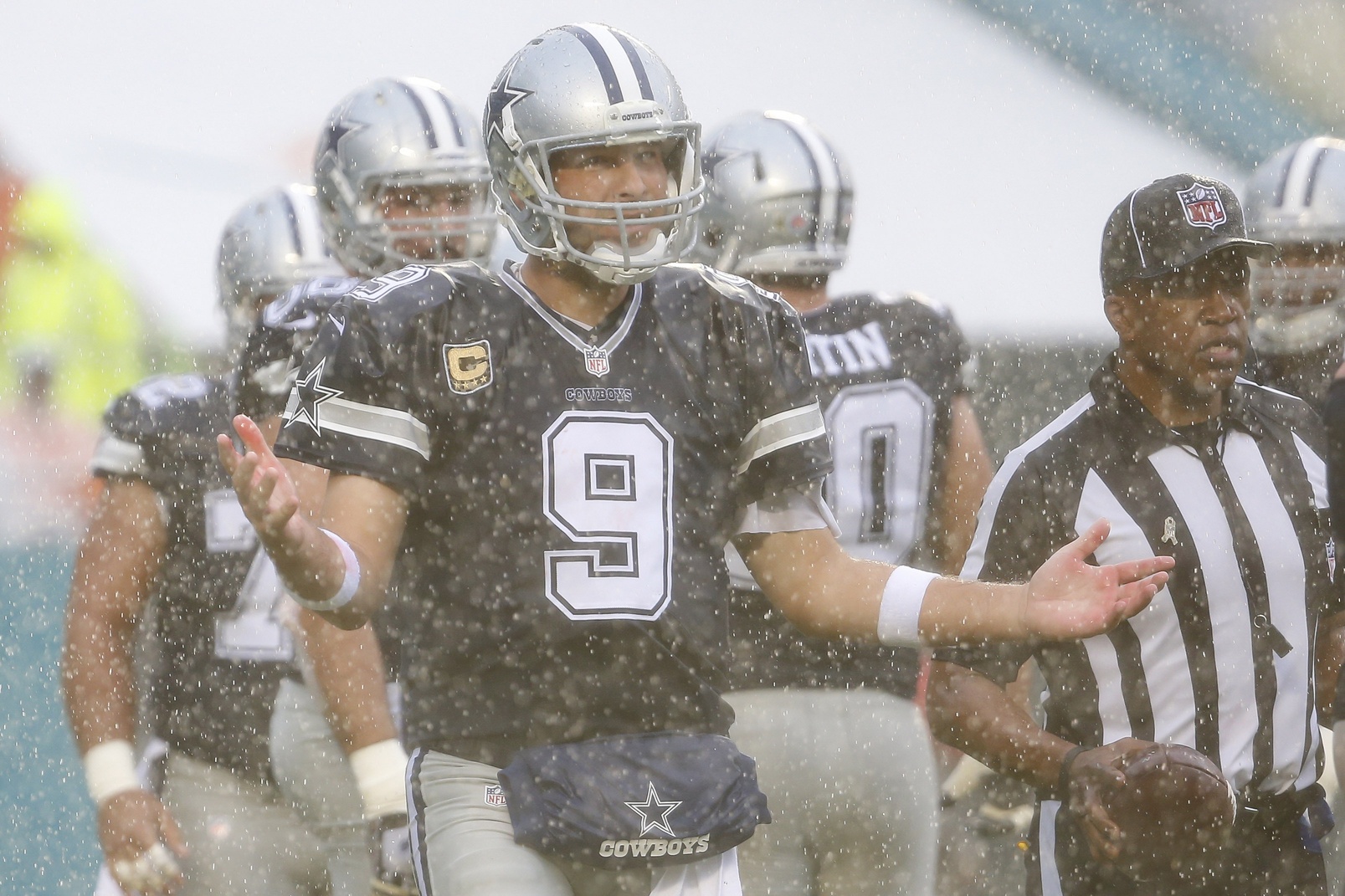 Dak Prescott and the rest of the Dallas offense seems to be running at an efficient pace and is playing especially effectively in the run game because of Prescott’s ability to manage a game without turnovers. The Cowboys defense even has started to look solid because they are staying off the field with the offense’s ability to play keep-away.

That might all change soon when Tony Romo comes back from his injury. Cowboys owner Jerry Jones has made no bones about this being Romo’s team and Romo being the starting quarterback when he gets healthy. Jones insinuated that the plan was to still stick with Romo as the starter once he’s back from injury in a quote that Yahoo.com’s Charles Robinson reported:

“This is a wonderful position if you’re in my shoes to be in – to have Dak playing at the level he is, and know that Tony is repaired,” Jones said after the Cowboys’ 28-14 win over the Cincinnati Bengals. “If [Romo] had done his MRI on Friday, it would show him healed. He’s going to get [another MRI this week] and be able to come back and really get into top shape and help us as we go into the season.”

But the Cowboys should abide by the old cliche of “If it ain’t broke, don’t fix it.” Prescott and star running back Ezekiel Elliott have the running game moving both effectively and efficiently, and it’s opening up the entire offense as a whole. The passing game is also moving the ball well at a clip of 8.0 yards per attempt due to Prescott’s efficiency.

Why change something that’s obviously working?

The Cowboys are a 4-1 team with a very solid offense carrying them. They don’t need to make any changes that would affect that. And putting in an injured Romo over a healthy Prescott would do that. Jones should give up his love affair with the veteran quarterback and just understand that the best option for the Cowboys to make the playoffs is to keep Prescott starting. 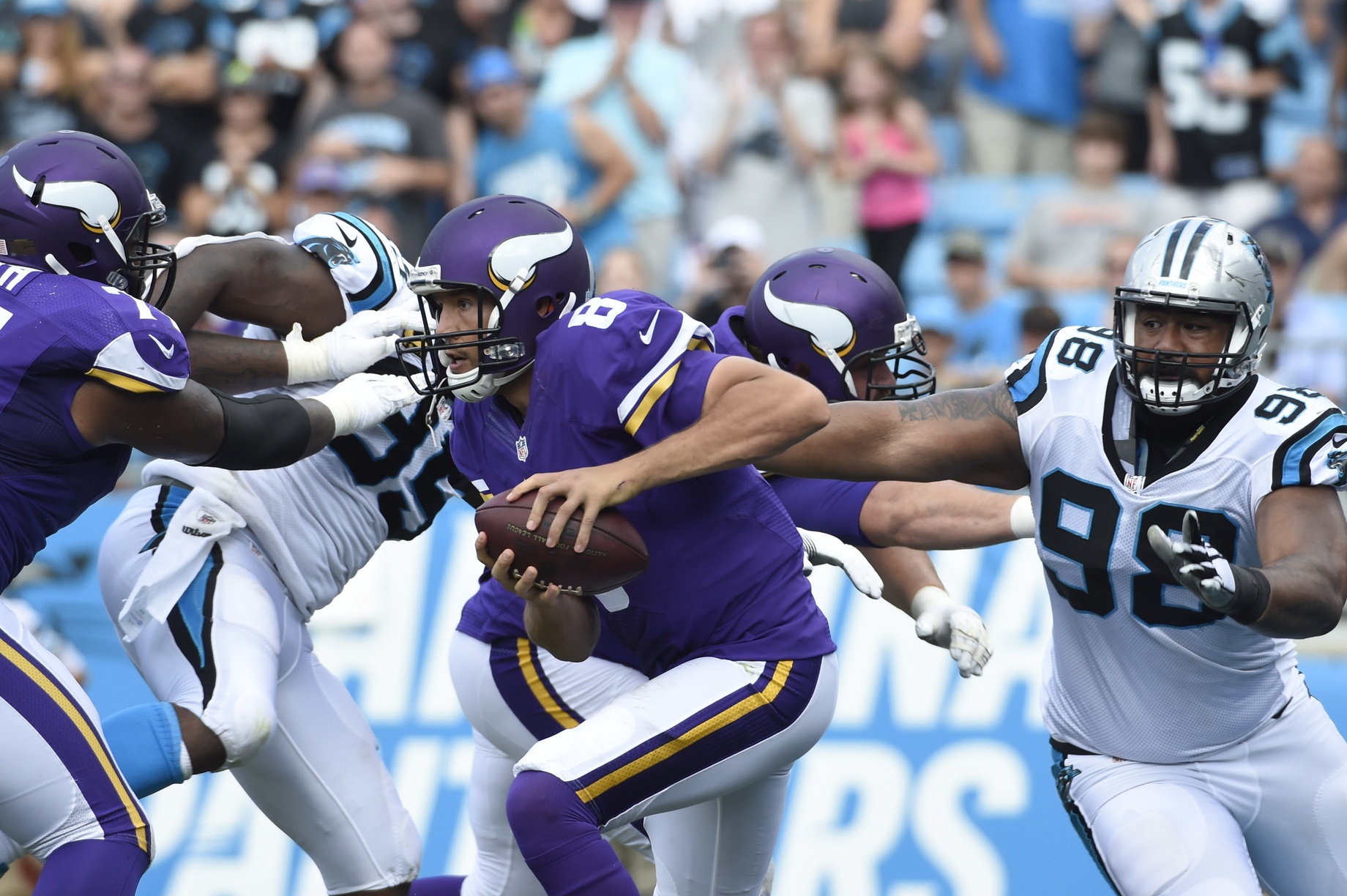 While kicker Blair Walsh would have Peyton Manning going off at the gills with his constant awfulness, Sam Bradford seems to be a little bit nicer. Kicker is a hole for the Vikings, but if Walsh gets bad enough, they can just replace him with a street free agent easily.

The tougher thing to build is the offensive line. Not only is the offensive line nearly devoid of talent with the bust of Matt Kalil, the retirement of Phil Loadholt and the release of John Sullivan, they are also dealing with injuries to Kalil and Andre Smith—who was signed to replace Loadholt in the offseason. Key reserve Michael Harris is also on injured reserve.

That leaves the likes of T.J. Clemmings, Jake Long and Jeremiah Sirles to be the starting offensive tackles. Clemmings is in over his head at left tackle for the Vikings while Long might finally be healthy enough from his injuries to represent depth. Sirles plays more like a guard than a tackle, but could provide value at right tackle until Long is ready.

On the inside, the Vikings have some talent. Alex Boone was a fringe Pro Bowl-caliber guard for a couple years now while Fusco and Berger are at least average. But when things go haywire on the edge, it can really ruin the entire line. The Vikings might be able to have a solid year if Bradford can stay healthy, but they have to actually keep him upright.

Despite having Tony Sparano as their coach, the Vikings have a severe lack of talent on the edge of their line this year that will only be corrected with a better offseason or potentially moving Boone to left tackle to play the key role on the line.