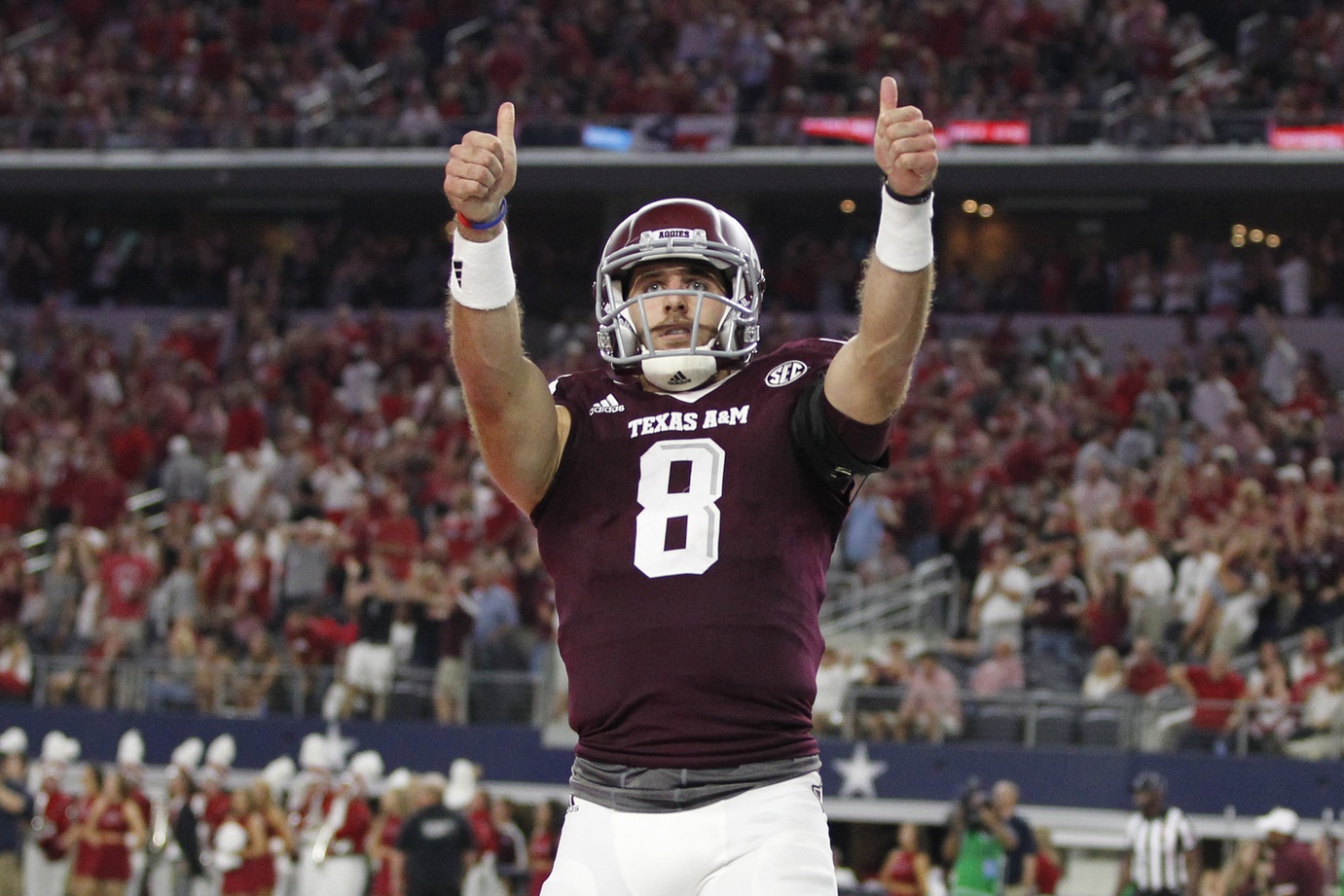 Down by seven points with time ticking off the clock in the second quarter, Texas A&M quarterback Trevor Knight broke Arkansas’ defense in one fell swoop.

On a designed quarterback draw that was executed to perfection, he scampered 48 yards for the game-tying touchdown.

This was Knight’s second long rushing touchdown of the day, and it put him over 100 yards on the ground in the first half.

The score was 17-17 after the extra point, and it sucked the air out of any momentum the Aggies had after going up 17-10 with just over a minute left in the second quarter.

Clearly, this game is far from over. The second half beckons, and we cannot wait.