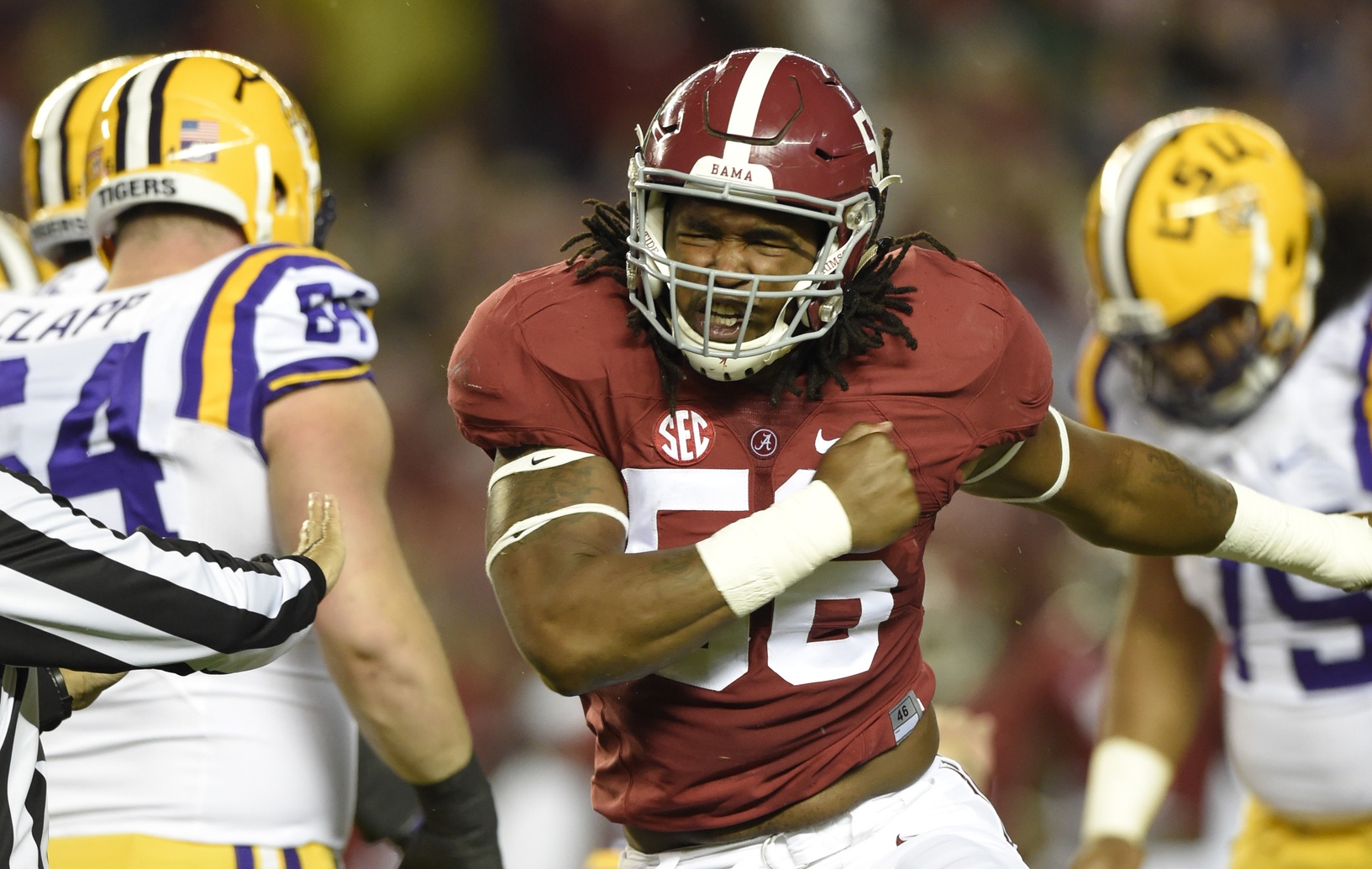 According to Alabama’s Rivals.com website, the senior linebacker was booked into jail shortly at 2:00 am and eventually released on $300 bond.

A mugshot of Williams with charges included was release Thursday morning as well.

Williams, a potential early-round pick in next year’s draft, is coming off a 2015 season that saw him record 10.5 sacks for the Crimson Tide. Williams had considered entering the 2016 NFL Draft, but decided to remain at Alabama for his senior season.