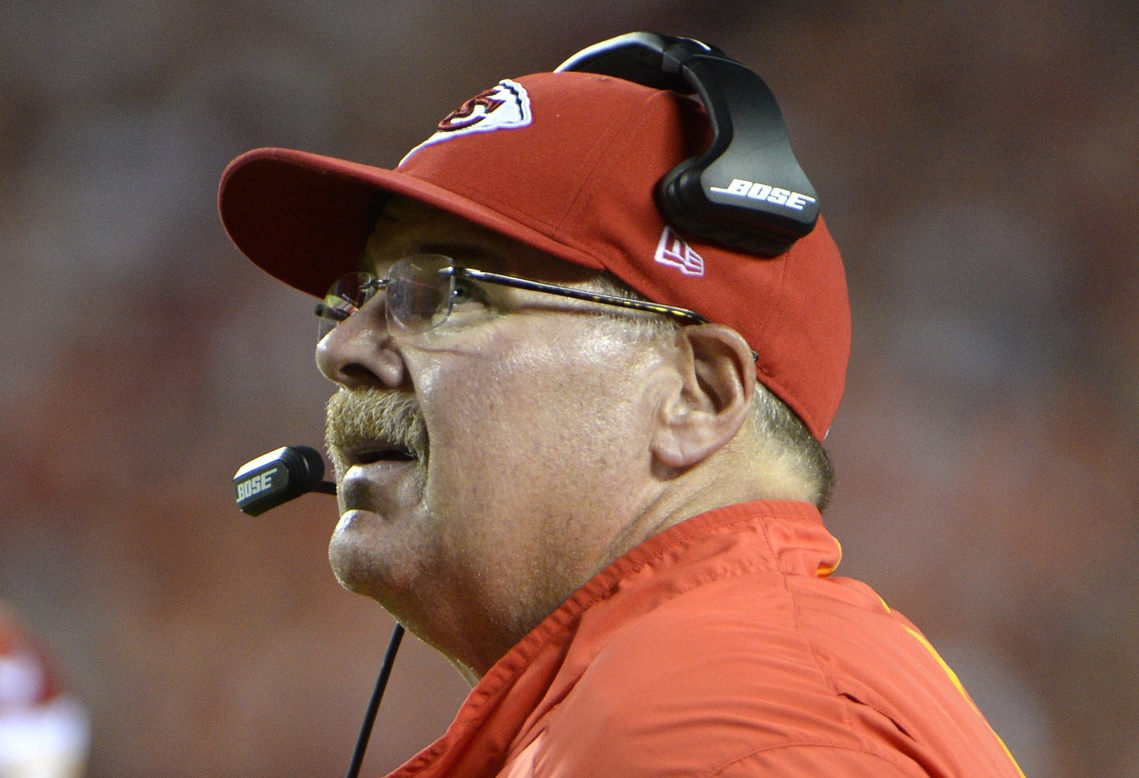 Chris Wilhelm, also known as Fake Andy Reid, took the podium at Kansas City Chiefs training camp on Monday, and it was glorious.

With the real Andy Reid in attendance, looking rather, well, rather bland as usual, Fake Andy Reid addressed the press in very Reidian fashion.

Speaking in monotonous tones, using as little body language as possible, he opened the media session in place of his doppelganger.

Coach Reid at the podium. pic.twitter.com/tMwDScU2Xy

Wilhelm has been impersonating Reid at Chiefs games the past couple of seasons. He does a darn good job of it, we might add.

And the real Reid was quite the sport to facilitate the farce.