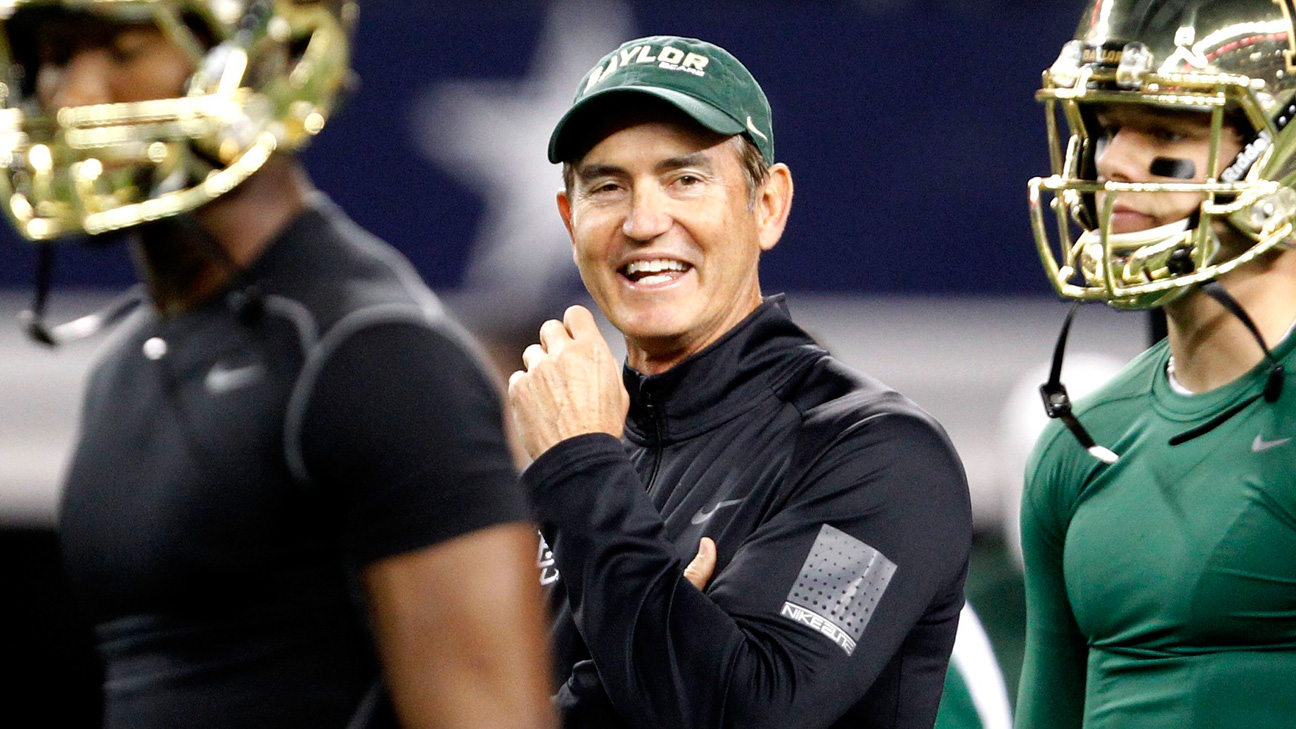 It’s not a shocking culmination to what has been a long-term controversy in Waco — a controversy that has included multiple former Baylor football players involved in rape accusations with others being convicted on sexual assault charges and currently serving time in prison.

Oakman, widely considered a top NFL draft prospect prior to struggling last season, is accused of sexually assaulting a woman after spending time with her at a Waco nightclub.

Immediately after those charges were filed, reports surfaced that Baylor covered up Oakman’s alleged history of violence against women.

This all comes on the heels of former Baylor player Sam Ukwuachu being convicted on sexual assault charges last year. At that time, the program was accused of knowing full well the former player’s past off-field issues.

Now that Briles is no longer the program’s head coach, it will be interesting to see what steps Baylor takes in changing what has to be considered a culture of sexual violence within the campus, primarily when it comes to the school’s football program.

What we do know is that this firing likely won’t put an end to the justifiable criticism those in charge in Waco have received from the public over the past year-plus.

Briles ends his eight-year tenure with Baylor having posted a 65-37 record with three bowl wins.