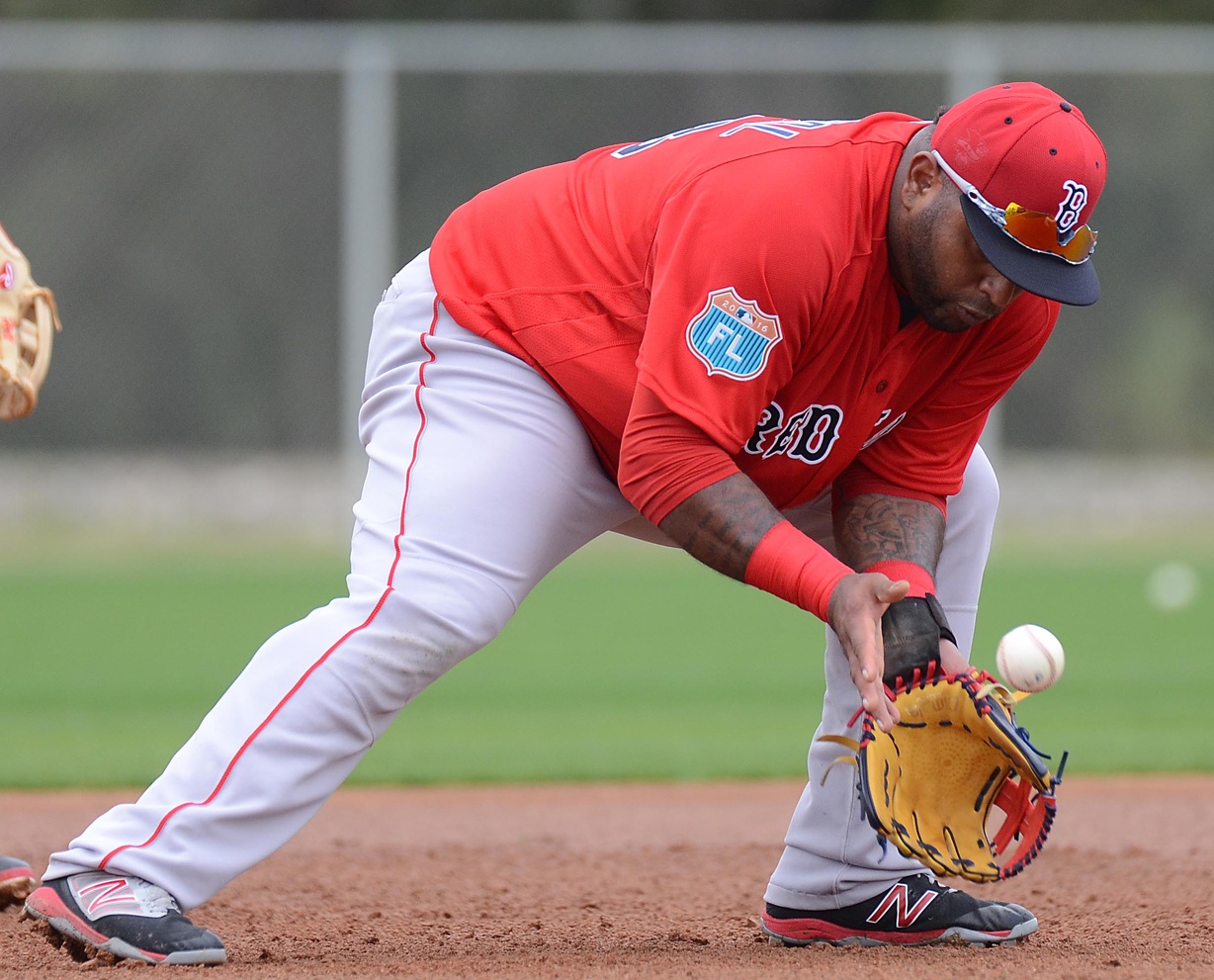 Unless you have been hiding under a rock (or Donald Trump’s hair), you likely already know the situation Pablo Sandoval finds himself in with the Boston Red Sox.

Just one season into the five-year, $95 million contract he signed with Boston, Sandoval has been relegated to bench duties heading into the 2016 regular season. It’s a mighty big fall from grace for a multiple time World Series hero.

Despite Sandoval falling out of favor in Boston, there’s at least one team that has shown some interest in his services:

Word is padres have talked internally about panda. Level of interest unknown. Obvs would need $ offset. (SD not on no trade)

Talking internally about a player is one thing. Actually engaging in trade discussions is a completely different thing. In this, we are far from concluding that Panda might end up in San Diego sometime soon.

In fact, the Padres have denied any real interest in his services — something that should be taken with a grain of salt.

What we do know is that there might actually be a fit here. While youngster Yangervis Solarte has performed well at third base for the Padres, there’s little doubting the upside Sandoval would bring to the fledgling team.

Of course, this is all dependent on the 29-year-old infielder actually getting into baseball shape. Weight has been an issue for him dating back to his days with the San Francisco Giants. It’s also come front and center during the spring in Florida.

Heyman rightfully points out that money would have to off-set in order for a deal to be worked out. Simply put, San Diego isn’t taking on Sandoval’s $19 million annual salary without sending a bad contract back to Boston.

This is where starting pitcher James Shields come into play. Not only is Boston in the market for a starting pitcher, Shields’ name has been bandied about in a potential deal over the past several months.

One year into a four-year, $75 million contract, Shields hasn’t particularly lived up to his end of the bargain. The 34-year-old starter posted a 3.91 ERA and 1.33 WHIP in 33 starts for San Diego last season. Those numbers are a bit alarming considering the Padres play at a pitcher-friendly ballpark.

As it relates to Sandoval, He put up career-low numbers across the board last season, hitting just .245 with 10 homers, 47 RBI’s and a ridiculously low .292 on-base percentage.