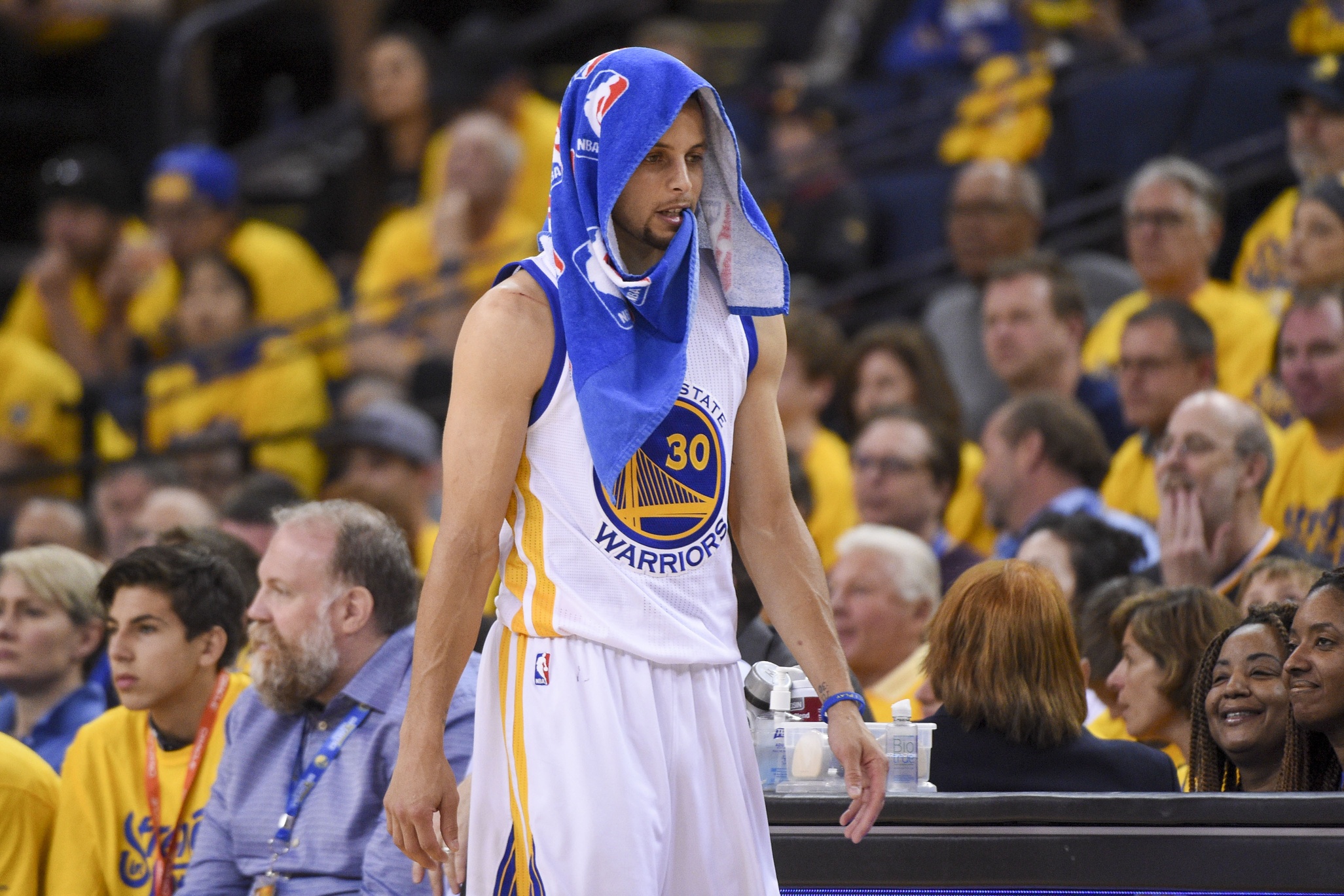 What most fans in Northern California feared following Sunday’s ugly-looking spill in Houston has now been confirmed.

According to a press release from the Golden State Warriors, reigning MVP Stephen Curry suffered a Grade-1 MCL sprain in the team’s Game 4 win over the Houston Rockets on Sunday.

Curry will now likely be out two weeks, which is obviously a major blow to Golden State’s hopes of repeating as champions.

Up 3-1 in their best-of-seven first-round series against Houston, the Warriors will likely advance to the conference semifinals.

Whether Curry can actually suit up a in potential series against either the Los Angeles Clippers or Portland Trail Blazers depends on a whole host of different factors.

First off, recovering from a Grade-1 sprain could take north of two weeks to recover from. Though, that really depends on how Curry responds to treatment. Considering there is no structural damage to the knee, the guard won’t require surgery.

Secondly, the length of the Portland-Los Angeles series will be an important factor here. If the series were to go seven games, it would last until May 1st. Los Angeles currently leads the best of seven two games to one with Game 4 taking place Monday night in Portland.

In reality, the Warriors have to be hoping that series goes a full seven, as it would give Curry an extra week of “free time” to go through treatment.

The likely scenario here is that Curry could return at some point in the next round. It really does depend on how he responds to treatment and how long the first round of the playoffs last.

While the team would be in a tremendously bad spot against either San Antonio or Oklahoma City in that series, it could take care of business against the Clippers or Blazers without the MVP in the lineup. Of course, that’s the worst-case scenario here.

What we do know is that the Warriors’ hopes of defending their title could be severely limited by the results of Curry’s MRI.

It’s all about how healthy he is when he returns to the court. In the meantime, the rest of the squad needs to step up with Curry sidelined.