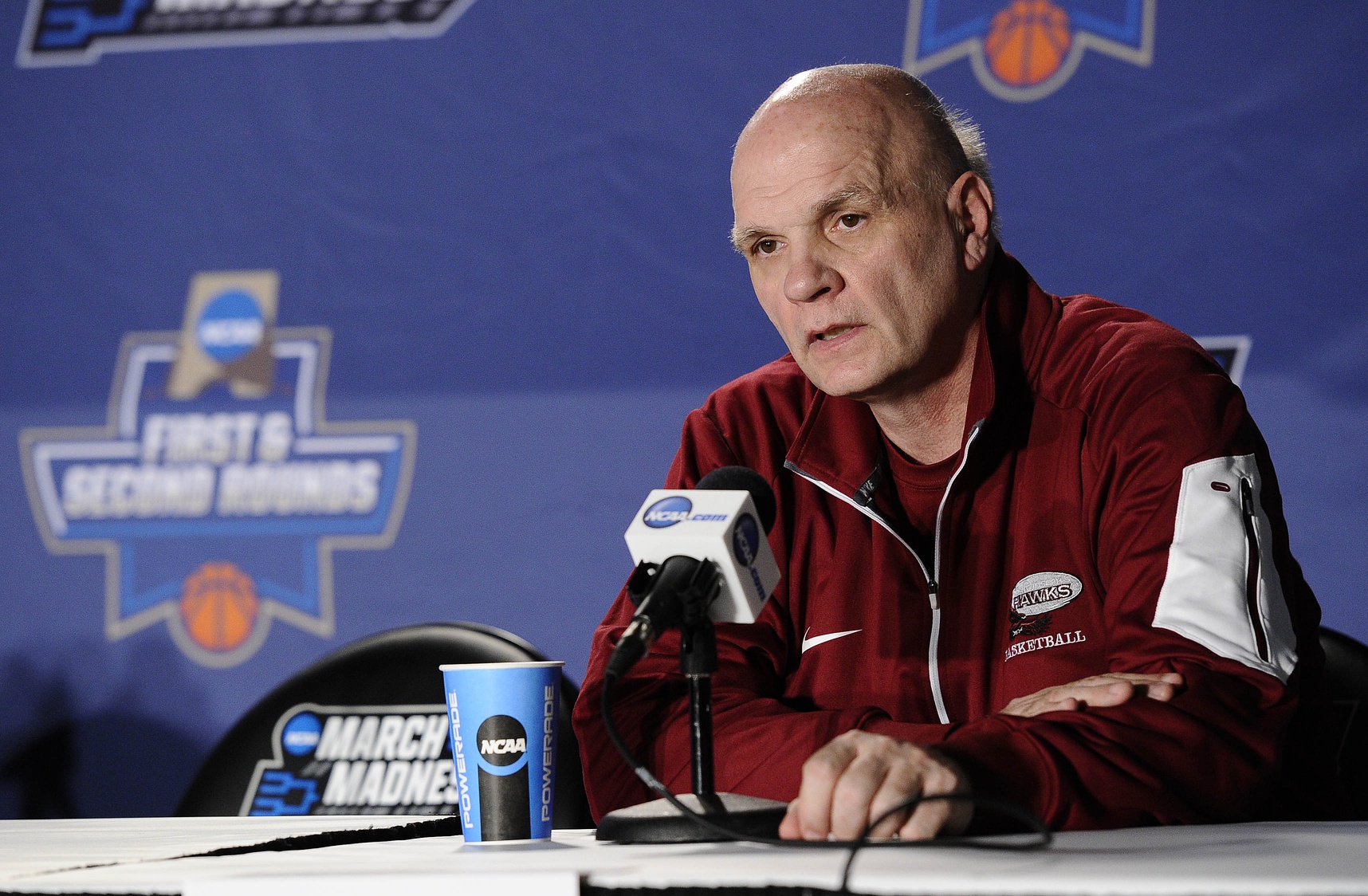 Phil Martelli has been extremely successful during his two-plus decades as the head coach of the St. Joseph’s Hawks.

Having led his team to seven NCAA Tournament appearances and a trip to the Elite 8 during this span, he’s well known among those of us who follow March Madness closely.

He’s also not exactly your bland college basketball coach. Following St. Joseph’s win over Cincinnati in the second round of the tourney on Friday, Martelli had one of the best quotes you will see from a coach.

In response to a comment from a reporter welcoming him to Spokane in Washington state — the home of the west region’s second and third rounds — the veteran head coach had an absolutely hilarious response:

“Thank you. Thank you. Appreciate that. Do they sell marijuana in this town?”

You can check the entire exchange here, but Martelli’s comment was in regards to the state of Washington being one of less than a handful that have legalized marijuana for recreational use.

One has to wonder if he was asking for himself or making sure how to handle his players as the team embarks on a Saturday night off in the town. For the sake of making sure the world doesn’t burn, we will just assume it’s the latter.

St. Joseph’s takes on the top-seeded Oregon Ducks on Sunday for an opportunity to earn a trip to the Sweet 16.