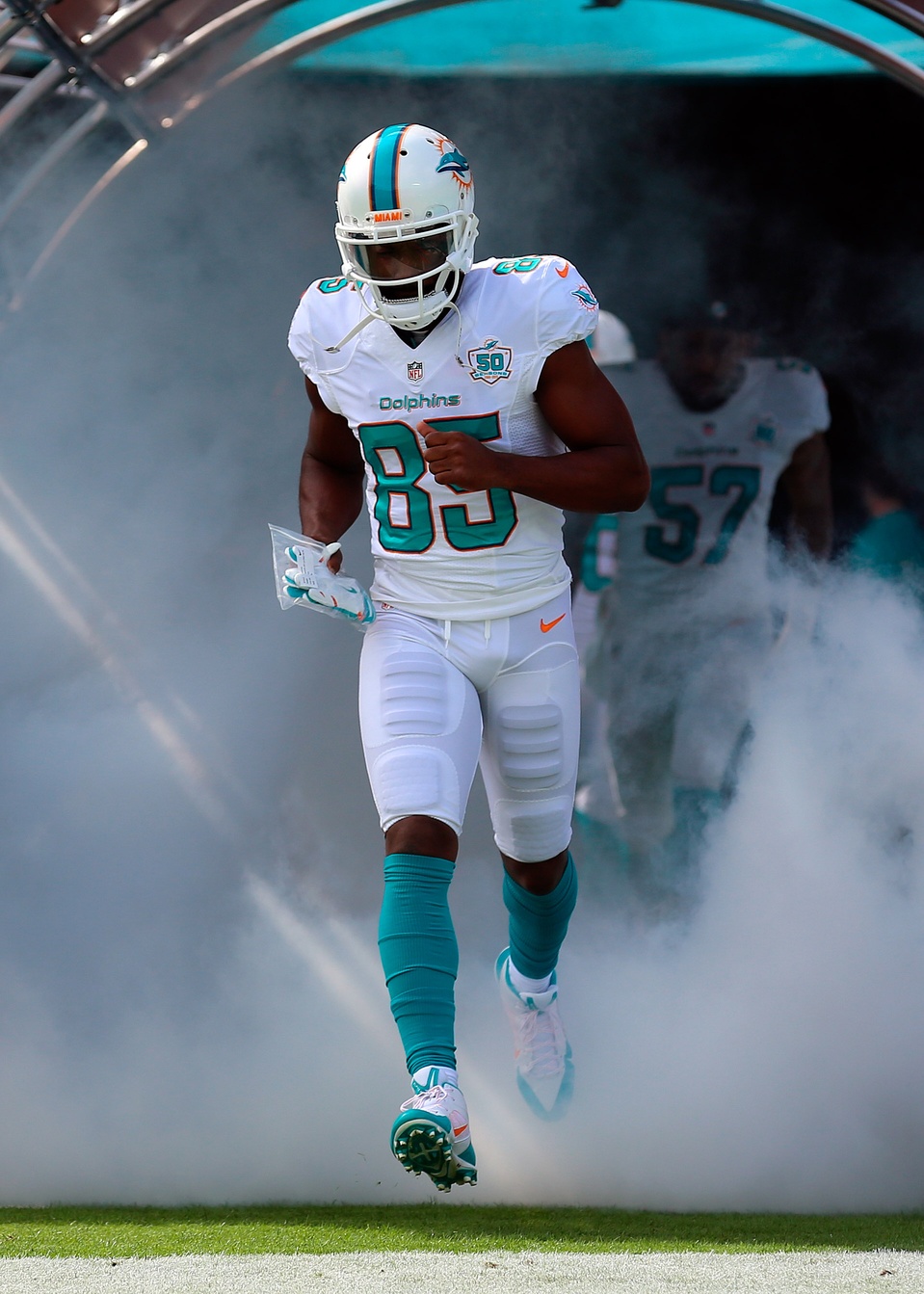 In an attempt to continue saving money against the cap in the lead up to free agency, the Miami Dolphins have released veteran receiver Greg Jennings.

This move comes a little less than a calendar year after the Dolphins signed the former Green Bay Packers and Minnesota Vikings pass catcher to a two-year, $8 million deal.

Jennings, 32, recorded career lows in receptions (19), yards (208) and touchdowns (one) this past season. He ended up falling behind a more-talented group of receivers on the depth chart after starting five games earlier in the year.

This move comes immediately after Miami announced it restructured the contracts of two defensive stars in clear attempt to save cap room. The Dolphins entered Saturday $3.9 million over the projected cap.

With the tampering period for free agency starting Monday, these are moves that the team needed to make.

By releasing the 10-year veteran, Miami saves $4 million against this year’s cap.

As it relates to Jennings, this could potentially be the end of the line for him. A two-time Pro Bowler with Green Bay in 2010 and 2011, Jennings has seen his production drop big time since he left the Packers for greener pastures following the 2012 campaign.

In the three years since, he’s seen both his receptions and yardage totals drop each season.