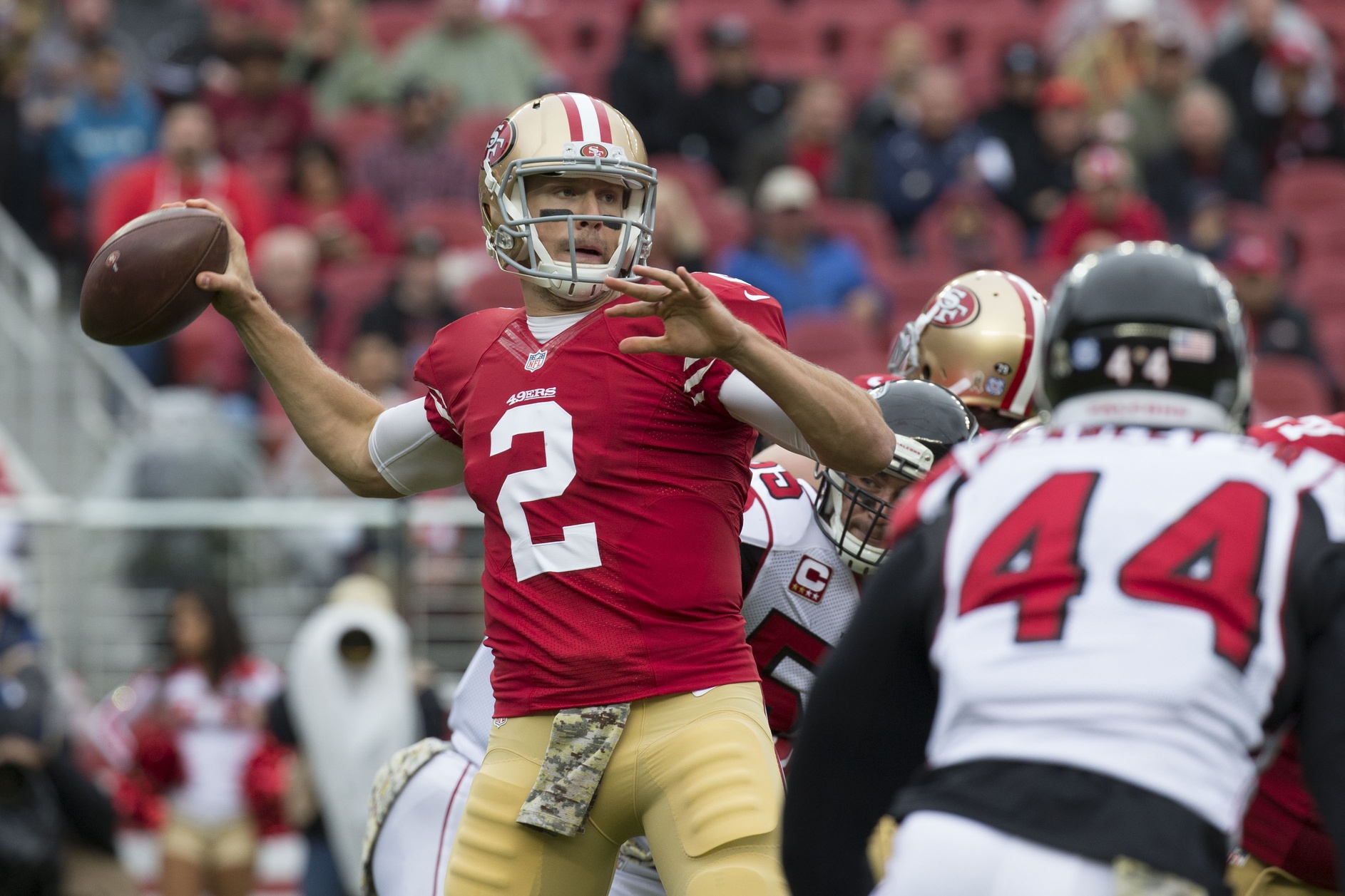 In a new scene this season, Kelly will be coaching Blaine Gabbert and Colin Kaepernick, provided Kap remains with the team.

Speaking about Gabbert, whom he has only met one time and spoken with on the phone on several occasions, Kelly praised the quarterback, via Matt Maiocco of csnbayarea.com.

“(I’m) impressed with Blaine. You watch him the last couple of games he started.”

“He’s big. I’d never really dealt with Blaine because he came into the league before I came into the league, but just how big and physical and impressive he is. He’s a 6-4, 245-pound guy that can really run. I thought the last part of the season he played really well. It’ll be intriguing to work with him, too.”

Gabbert and Kaepernick will compete for the starting job this offseason. That is unless Kap is wooed away by the Denver Broncos or another team interested in trading for him.

Kelly weighed in on the competition.

“I think there’s competition everywhere. We haven’t seen anybody in terms of our staff working with them. Day 1 it’s a blank slate for the entire group. Let’s get out there and run around and see where it is.”

As far as both quarterbacks’ stock is concerned, Gabbert finished the season on a high note after coming to the aid of an ailing Kaepernick.

Though, according to Kelly, that slate will be erased with both guys starting on even ground. It is also possible that a rookie quarterback could be thrown into the competitive mix if the team decides to select one with its No. 7 overall draft pick.

With the 49ers sporting one of the messier quarterback situations in the league, it will be intriguing to watch Kelly conducting what is now his second quarterback competition in a row.