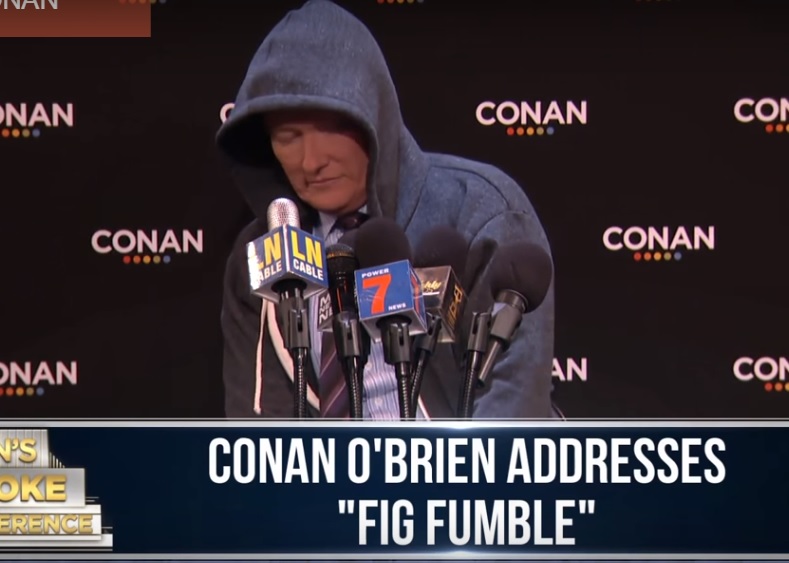 Talk show host Conan O’Brien has found a way to use comedy in order to broach some serious subjects around the world.

Whether Cam Newton’s post-game antics following the Carolina Panthers loss to the Denver Broncos in Super Bowl 50 can be considered in the same vein has been left up for interpretation in the days following his press conference.

One thing is for sure: O’Brien sure knows how to capitalize on mocking others:

Okay, Conan that’s where you lost pretty much everyone … Andy Richter included.

Having to address the horrible joke with the media, O’Brien was none too happy with the questions thrown his way.

All in all, it was a solid spoof of Cam’s disastrous post-game press conference.

By the way, didn’t O’Brien look a bit thuggish in that hoodie? Not a good look, dude.