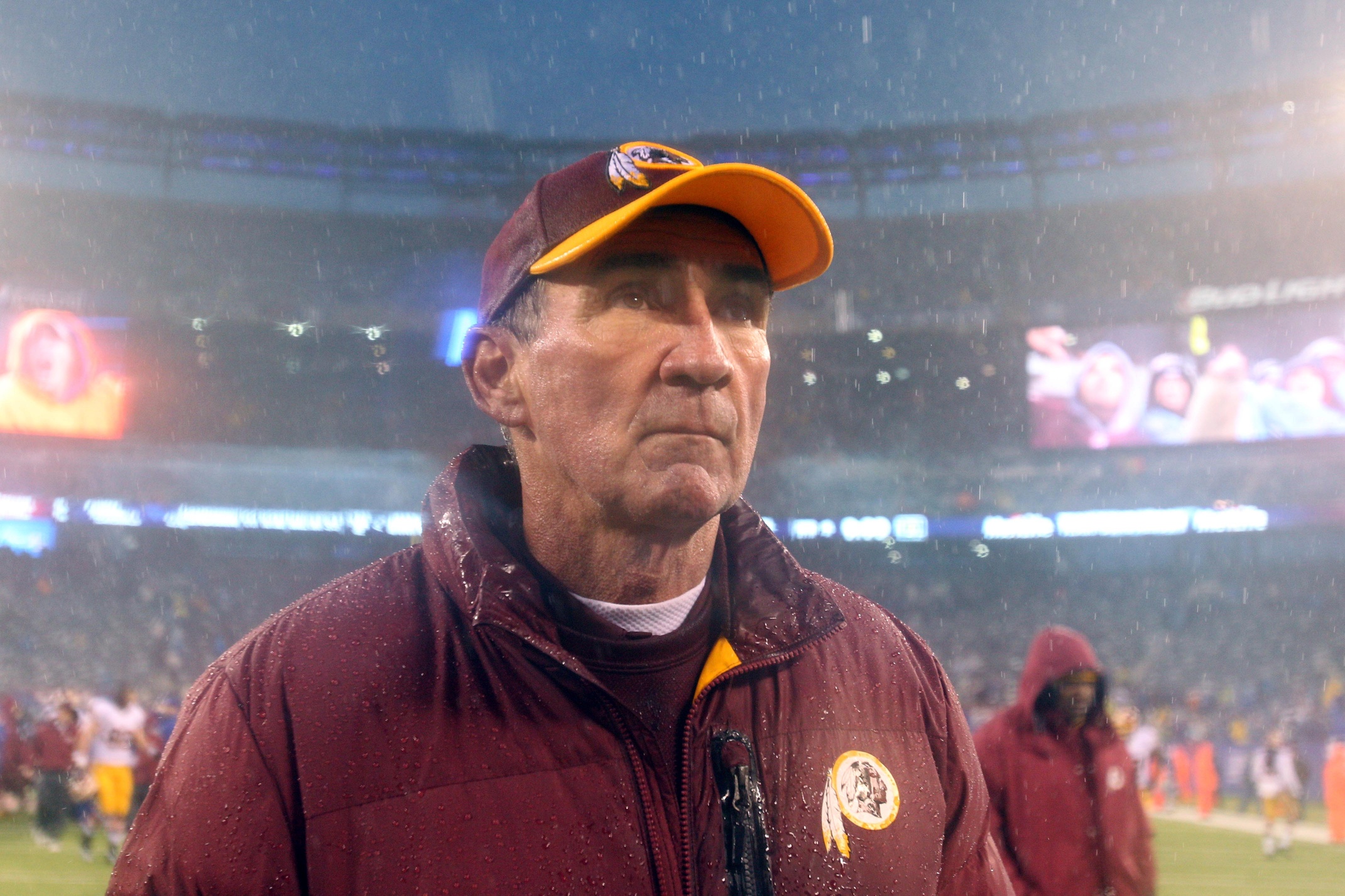 The San Francisco 49ers are likely less than 24 hours away from picking their new head coach, and it will come down to Chip Kelly or Mike Shanahan, according to Adam Schefter of ESPN.

49ers expected to choose between Chip Kelly and Mike Shanahan for their next HC, per league sources. Decision likely within next 24 hours.

Of the two, Shanahan would seem like the more logical choice.

Firstly, he’s worked with a difficult front office before during his tenure in Washington, where owner Daniel Snyder notoriously meddled in his affairs. General manager Trent Baalke is also a difficult man do deal with, and it appears ownership is content with leaving him in charge of making the big decisions when it comes to personnel.

Secondly, Shanahan a Bill Walsh disciple, and the 49ers would love nothing more than to bring a Walsh product back to Northern California.

Kelly’s attractiveness isn’t as easy to understand. He’s coming off a miserable season with the Philadelphia Eagles and has developed a reputation — deservedly or not — of being a coach who doesn’t relate well to players.

However, nobody can deny Kelly’s value as an offensive innovator, which is a huge plus for him as it relates to San Francisco. The 49ers have featured one of the league’s worst offenses for many years, and perhaps Kelly could spark a career revival for Colin Kaepernick.

Both men seem to fit what the 49ers need more than Tom Coughlin, who was rumored to be in the mix and who did have a meeting with Trent Baalke in New York earlier this week. Coughlin, for what it’s worth, is rumored to be hotly pursued by the Eagles, which is a spicy development by itself.

It seems like we’ll start to have more clarity soon enough about what will take place in San Francisco. Shanahan, a coordinator with the team in the 1990s, is a popular figure in the Bay Area and would likely generate the most positive buzz.