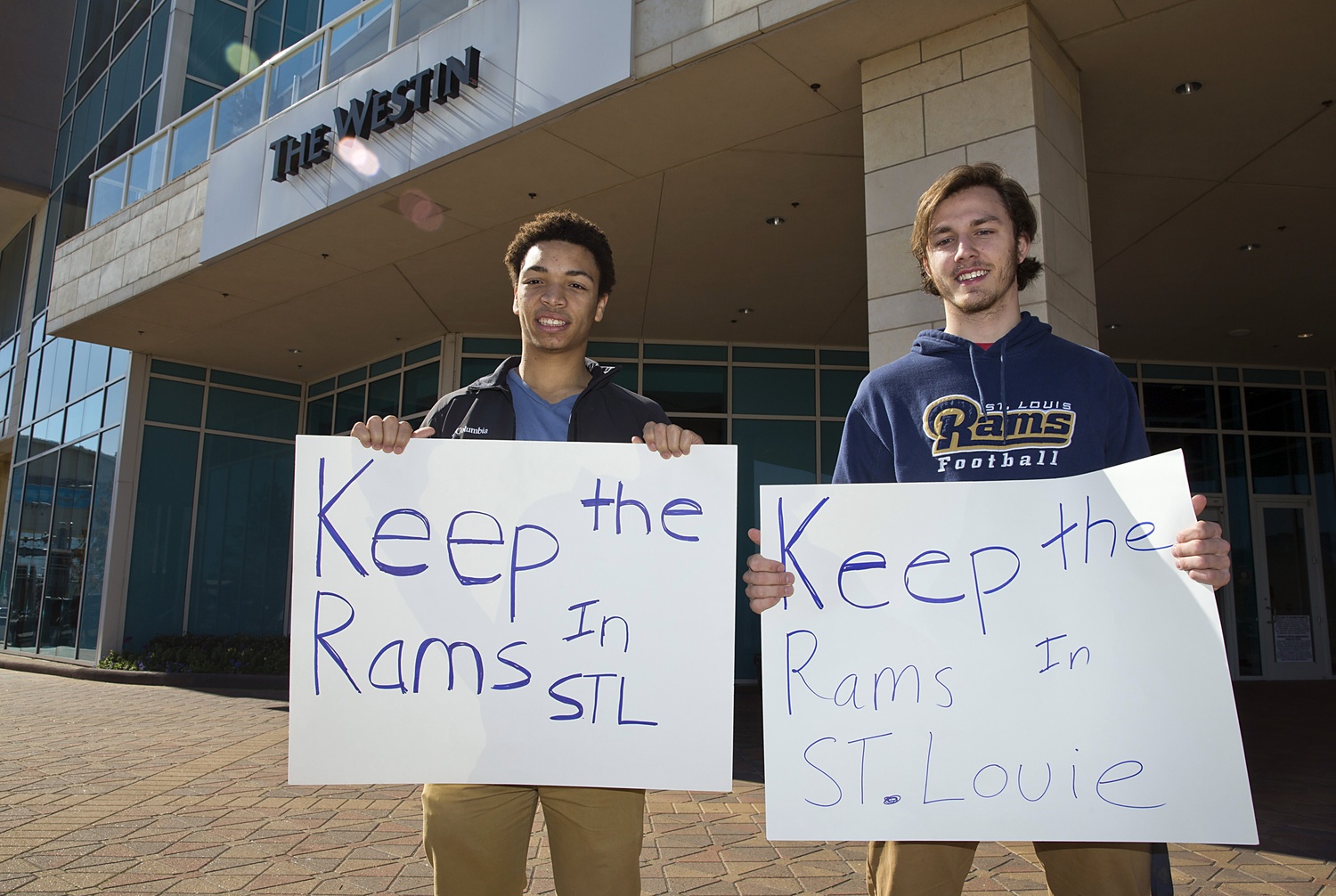 Understandably upset over the relocation of their home-town team from St. Louis to Southern California, four Rams fans are suing the organization.

According to the St. Louis Post-Dispatch, their lawyer is hopeful that this will turn into a class-action suit in the future.

The premise of the suit is rather simple.

It claims that the Rams violated Missouri’s Merchandising Practices Act, primarily focusing on deception and fraud. The deception here, the suit claims, is that Rams officials repeatedly said they were not looking to relocate in the years prior to this week’s end game.

The suit seeks to recover any money spent by St. Louis Rams fans on merchandise for the team from 2000-2015, claiming that it’s against the law to use deception or omit any “material” fact in relation to the selling of merchandise.

It’s a clear shot in the dark, and likely represents nothing more than bitter feelings directed at the Rams for their decision to leave the city after 21 years.

Though, there is some basis for the suit itself.

Rams owner Stan Kroenke indicated back in 2010 that it wasn’t the team’s intent to “ever lead the charge out of St. Louis.” Similar quotes were provided by Rams officials over the past several years.

Based on what we saw during the league-wide meetings in Houston this week, Kroenke did in fact lead the Rams themselves out of St. Louis.

“Defendants never informed their customers of their intent to move the team to Inglewood during the applicable time period,” the suit, filed by St. Louis-based attorney Steven J. Stolze, reads. “Their first public acknowledgement of this fact was on Jan. 4, 2016, when defendants filed the application to relocate the St. Louis Rams to Inglewood.”

To say that this suit is an uphill battle would be an understatement. It does, however, give us a bit of an understanding of the anger currently taking hold in St. Louis just days after the Rams decided to relocate to Los Angeles.