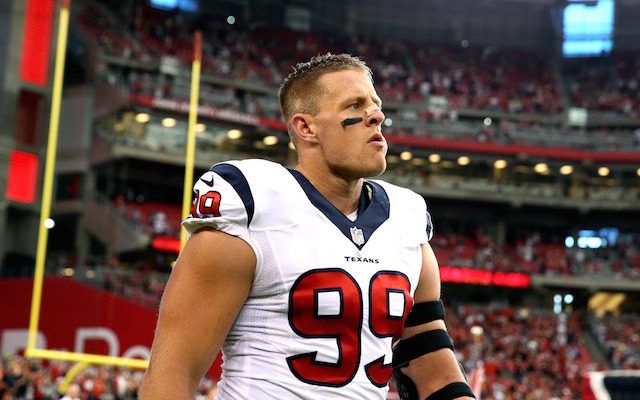 If it wasn’t bad enough that Newton went down, Watt celebrated in style by imitating Newton’s first-down celebration.

Watt has now posted sacks in seven consecutive games and he is the second-fastest player behind Hall of Famer Reggie White to accumulate 60 sacks.

The veteran pass-rusher is going to be constant trouble for opposing quarterbacks this season after already recording three sacks in the first two weeks of the season. In Week 1, Watt sacked Kansas City Chiefs quarterback Alex Smith twice — one of which he managed without his helmet.

Apparently, a sign that some Panthers fans hung in the end zone that said “One Watt not enough power” was all the fuel Watt needed to send their beloved quarterback to the ground.

Unfortunately Watt’s personal achievement didn’t come from a team win and the Texans are now 0-2 to start the 2015 season.