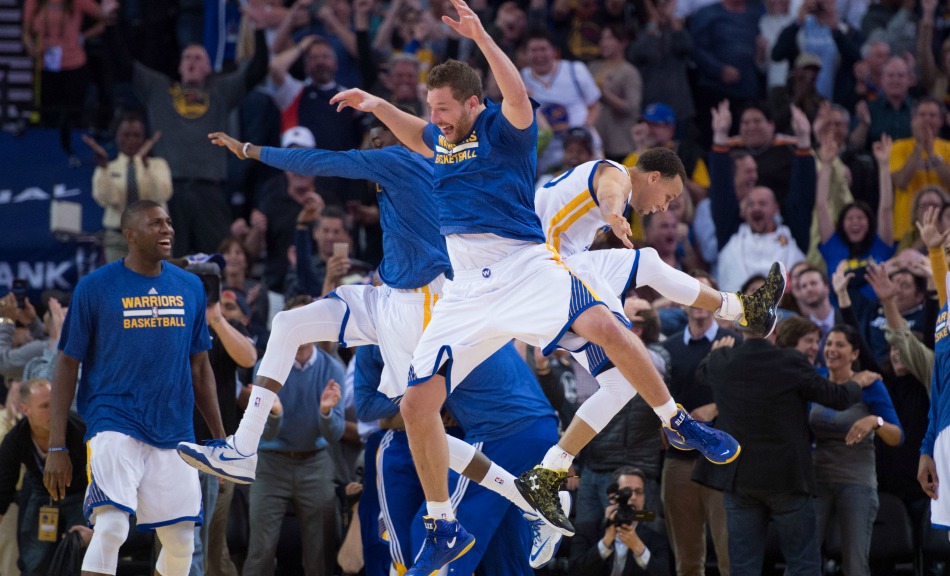 The Golden State Warriors used a 36-point fourth quarter to pull away from the Cleveland Cavaliers in Game 6, earning a 105-97 victory and an NBA championship.

Draymond Green recorded what was perhaps one of the quietest triple-doubles in Finals history, registering 16 points, 11 rebounds and 10 assists. He often struggled as the roll-man after setting a screen at the perimeter, but Green picked apart the passing lanes.

Curry paced the Warriors with nine points in the opening quarter, and Iguodala added seven points and three assists to help Golden State build a 28-15 advantage after 12 minutes.

Cleveland responded and closed the gap to just two points before halftime, a 28-17 frame capped by Tristan Thompson’s putback dunk.

The teams traded baskets for six minutes of the third quarter, traded runs for the final six and Golden State took a 73-61 edge into the final frame.

And that’s when the league MVP and unsuspecting hero took over.

Curry and Iguodala each rattled home a pair of three-pointers, and the Warriors led 94-79 with just over five minutes remaining. Klay Thompson, who also knocked down a triple during that stretch, fouled out a minute later, but Golden State’s depth picked up his slack.

Nevertheless, Cleveland managed to scramble back down the stretch thanks to a trio of three-pointers from J.R. Smith. The Cavaliers cut the deficit to a mere four points with 33 seconds left, but Smith and James missed much-needed triples, and the Dubs survived.

Smith managed 19 points, Timofey Mozgov amassed 17 points, 12 rebounds and four blocks, while Tristan Thompson chipped in 15 points and 15 boards. However, the rest of the Cavaliers combined to shoot 2-of-14 from the floor.