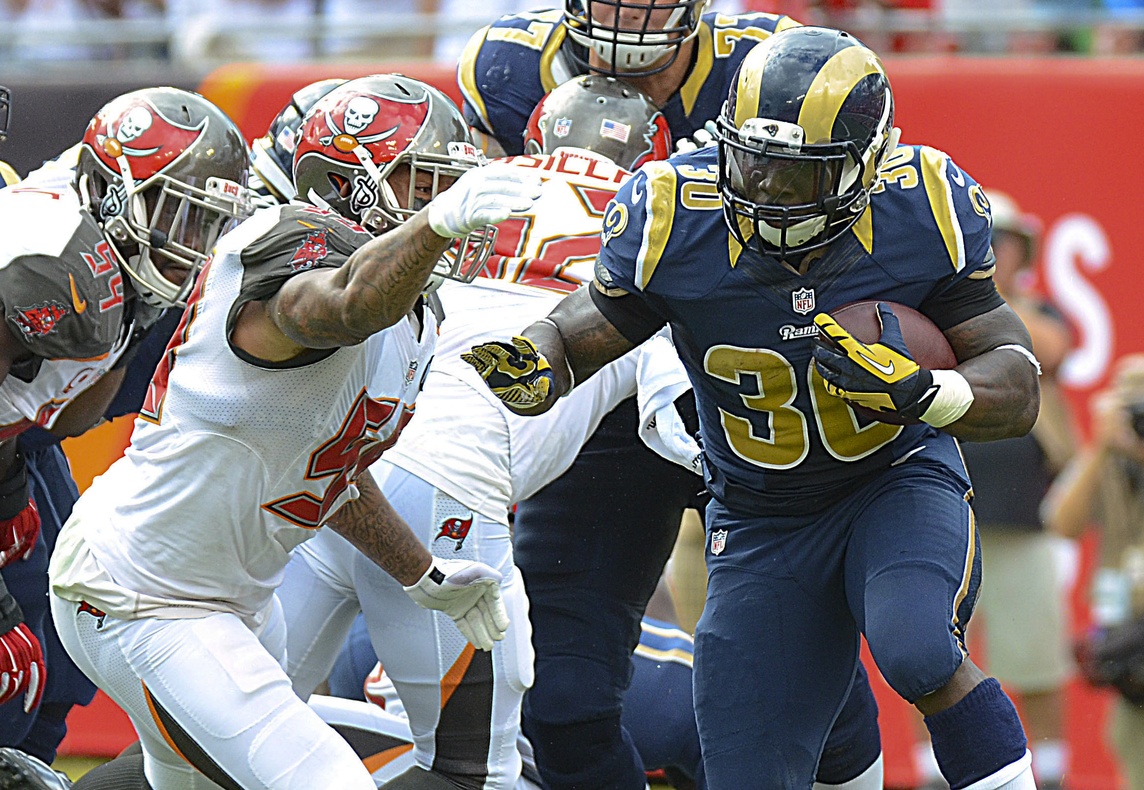 The St. Louis Rams were quick to move on from running back Zac Stacy after selecting Todd Gurley in the first round of the draft on Thursday.

Manish Mehta of the New York Daily News was the first to report interest in Stacy—interest that culminated in him moving to the New York Jets.

Mike Maccagnan & Co. have inquired about disgruntled Rams running back Zac Stacy, per sources. The Jets have not yet made a formal offer for the Rams’ 2013 fifth-round pick, according to a source.

It’s no secret that Stacy is happy to leave St. Louis for a chance to start somewhere else. As Mehta noted, he tweeted “yikes” after the Rams picked Gurley in Round 1 before deleting the tweet shortly thereafter. He was stuck behind Tre Mason and Gurley.

After bursting onto the scene as a rookie in 2013 with 973 rushing yards and eight touchdowns, Stacy lost his starting spot to Mason last year. Now that Gurley is on the roster, Stacy would have certainly been relegated to special-teams duties this season if he stays in St. Louis.

New York is a good landing spot for Stacy, as the Jets currently have Chris Ivory and Bilal Powell as the top options to start behind Geno Smith (or whoever ends up starting at quarterback this season for Gang Green).

That Rams general manager Les Snead convinced the Jets to part with something of value has to be seen as a win for the team. However, the compensation itself leaves a lot to be desired.

Update: Jets have officially acquired Stacy. They send a seventh-round pick to the Rams in the deal.