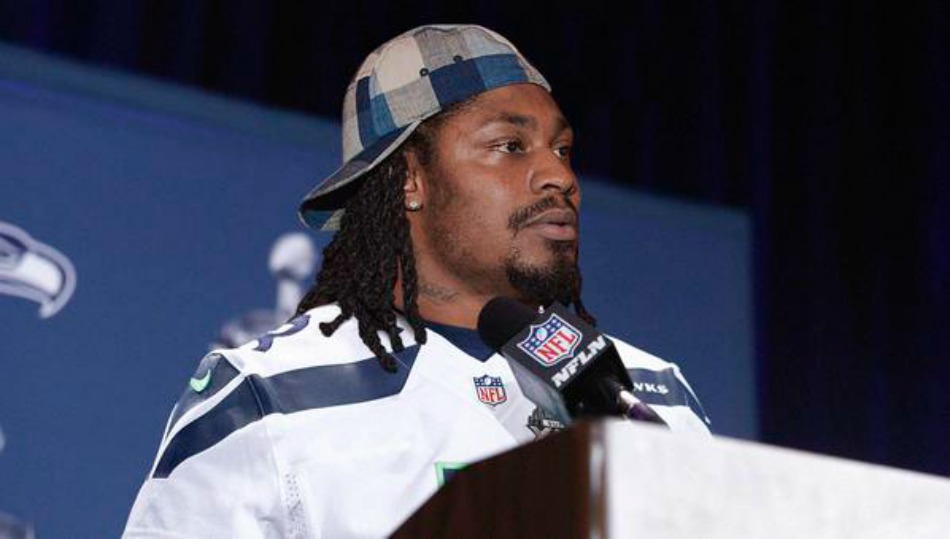 Did anyone keep count on how many times Seattle Seahawks’ running back Marshawn Lynch said “I’m just here so I won’t get fined?” If only we had a $1 for each time. Hey, at least he showed up to Super Bowl Media day and spent his four and a half minutes not in silence.

Will his canned statement do the trick so he’ll evade the NFL’s fine? We’ll find out soon enough.

Lynch even answered Deion Sanders with his same rehearsed line. Sanders got it and just enjoyed a laugh.