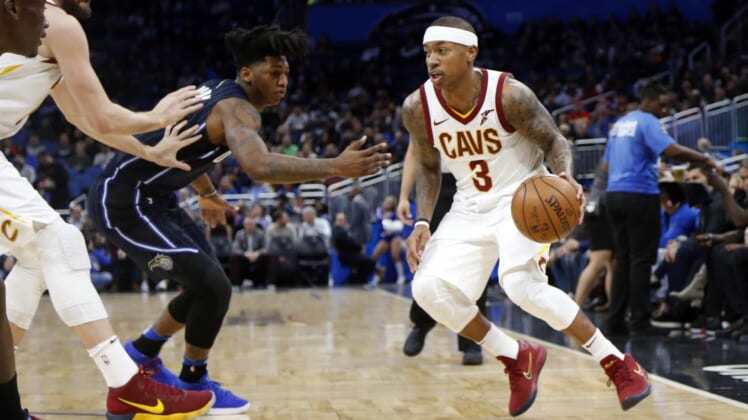 Both the Los Angeles Lakers and Cleveland Cavaliers were expected to be active during the NBA trade deadline on Thursday. So it stands to reason that the two teams would come together on a deal. Mere hours before the deadline itself, that has happened.

And it’s no minor deal. Cleveland has reportedly agreed to trade guard Isaiah Thomas, big man Channing Frye and their first-round pick (protected) in June’s draft to the Lakers in exchange for Jordan Clarkson and Larry Nance Jr.

ESPN’s Adrian Wojnarowski was the first to report the two players Los Angeles was sending to Cleveland in the deal.

Meanwhile, The Ringer’s Kevin O’Connor first noted the package Los Angeles was receiving in the deal.

I'm hearing it's Isaiah Thomas, Channing Frye, and the Cavs first to Lakers for Clarkson and Nance.

By in-season trade standards, this is an absolute blockbuster.

Acquired from Boston in the Kyrie Irving trade during the summer, Thomas has not fit in well with the Cavaliers. In fact, the team had been staggering minutes between him and LeBron James as a way to acknowledge the two weren’t working well together.

Whether adding Clarkson and Nance to the roster will help the struggling Cavaliers remains to be seen. For the Lakers, this is all about getting in better position to be big-time players in free agency this summer. Clarkson has two years and nearly $26 million remaining on his deal. Thomas himself is set to become a free agent following the season.

We’ll obviously have more on this deal as it breaks.