10 powerful women who would be great sports owners 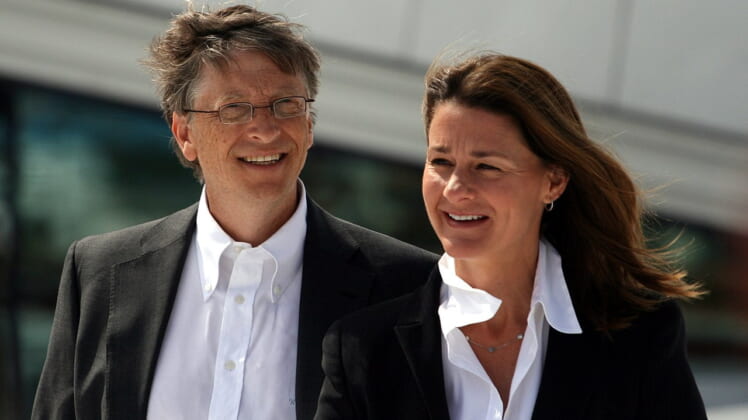 We’ve seen a trend in recent years that has helped support an inclusive environment within both the basketball and football worlds. Women finding themselves in ownership, front office and coaching roles.

This wasn’t always the case. Sure the likes of Amy Trask (former Raiders CEO) helped break the glass ceiling years back. But women in the sports world is a more recent trend.

It’s not going to die down any time soon, either. We’re going to see powerful women in places of power, including ownership groups. Here’s a look at 10 such women who would be great sports owners.

The widow of Apple founder Steve Jobs, Powell Jobs continues to be a force within the tech community. Her altruism has also supported communities the world over. In 1997, Powell Jobs founded College Track, a non-profit organization in the Bay Area to improve high school graduation. Ninety percent of those who took part in the program ultimately attended college, most of them first-generation college grads.

With a net worth of $21.4 billion, Powell Jobs obviously has the financial resources to buy a professional sports team. Her work within the education field and amid multiple charities would only act as a boon for one of the four major professional sports leagues in North America. In fact, she just recently purchased a 20 percent stake in the ownership group Monumental Sports & Entertainment, which oversees the NBA’S Washington Wizards and NHL’s Washington Capitals. She’s obviously interested in being a majority owner around the sports world.

Talk about having the experience in heading up one of the biggest business entities in the world. Mrs. Friedman has been the CEO of NASDAQ since January of 2017. She’s already broken the class ceiling as the first woman to head up a global exchange company. With that comes a whole host of responsibilities.

Prior to her role at NASDAQ, Friedman was the managing director and CFO of The Carlyle Group, an entity with $223 billion in total assets as of 2019. While her net worth is not widely known, Friedman earns a salary of north of $13 million and likely built up a small fortune at the above-mentioned Carlyle Group. Forbes just recently named her the 16th-most powerful woman in the world in its annual list for 2018.

Here’s a story of going from rags to riches. Barra first joined GM as a co-op student at the age of 18, checking fender panels and inspecting hoods to pay for her college tuition. Twenty-eight years later, she would become vice president of Global Manufacturing Engineering. Within a few years, Barra would become the first woman to head up an automobile manufacturing company in the world.

In August of 2017, Barra became just the fourth woman to join the board at Disney. If that weren’t enough, two years earlier she topped Forbes’ list of the world’s most powerful women and has been named by Time Magazine as one of the world’s 100 most influential people. Needless to say, this is a resume that would make her more than qualified to be a professional sports owner.

Flush with a combined net worth of $1.35 billion, Beyoncé and Jay-Z have taken the entire power couple thing to a new level. And while Jay-Z has already committed to a relationship with the NFL, it’s this singer-songwriter who would be a much better owner in either that sport or the NBA.

Beyoncé has a following unlike any female singer before her. She would attract more fans to the NFL or add to the growing entity that is the National Basketball Association. Beyoncé’s love of sports also makes her a darn good candidate as either a majority or minority owner. Stranger things have happened.

Not only has the 57-year-old Harvard Business School grad headed up Fidelity Investments since 2014, Johnson has also been chairman of its sister company, Fidelity International. That’s about 70,000 employees and nearly $3 trillion in total assets. Professional sports teams have nothing on this.

More than that, Johnson is the first woman to serve on the board of the Financial Services Forum and was named by Forbes as the fifth-most powerful woman in the world in its 2017 list. With a net worth of nearly $15 billion, Johnson has both the experience and financial assets to purchase pretty much any sports team the world over. She’s a prime candidate to do just that if the trendsetter so desires.

A certified legend, Shotwell earned a Bachelor of Science and a Master of Science in Mechanical Engineering and Applied Mathematics from Northwestern University. Can you say brilliant? That would be one of the ways to describe one of Elon Musk‘s top associates at the groundbreaking Space X.

The company itself is working under a multi billion-dollar contract with NASA and could soon land men on Mars. It’s this forward-thinking way that a league like the NFL could use in a majority owner. Whether this brilliant woman is interested remains to be seen.

Now that Jack Ma is the principle owner of the Brooklyn Nets, it sure looks like the Chinese elite are attempting to make plays in North American professional sports. With a net worth valued at $21.3 billion, Huiyan could soon follow suit.

A graduate of Ohio State University, Huiyan heads up one of the largest real estate companies in the entire world. She’s also considered the richest woman in Asia and has done a ton within the community. Huiyan would represent a tremendous owner in pro sports. That much is clear.

Susan Wojcicki, former CEO of YouTube and Founder at Google

Talk about a self made Silicon Valley elite. The 51-year-old Wojcicki literally grew up on the Stanford campus before studying literature at Harvard University, graduating with honors in 1990. She also received a second degree at Santa Cruz before earning her Masters of Business at UCLA.

If that wasn’t a resume worthy of ownership around the sports world, Google was legit set up in Wojcicki’s garage by fellow co-founders Larry Page and Sergey Brin. Not to be outdone by this accomplishment, the billionaire headed up YouTube during its infancy, creating one of the biggest online giants in the history of the Internet.

Speaking of self made, Oprah’s television career began in 1976 as a news anchor at Nashville’s WLAC-TV. More than 40 years later, Winfrey is among the most powerful women on the planet. The longtime talk show host turned director and producer is worth an estimated $2.6 billion.

More than her success within the media world, Oprah is about as altruistic of an individual around. In 2004, she became the first black person to rank among the 50-most generous people in America. By 2012, Oprah had given away $400 million to educational causes and 400 scholarships to Morehouse College. The sports world would be much better with her as a central player, especially the National Football League.

Melinda Gates, philanthropist and former GM at of Microsoft

The wife of Microsoft founder Bill Gates, Melinda just continues to do things within the community that most of us could hardly imagine. One of the world’s most powerful couples, the Gates have donated north of $28 billion to their foundation. You read that right, $28 billion.

It’s this philanthropic mentality that enabled Mrs. Gates and her husband to earn the Presidential Medal of Freedom from then President Barack Obama in 2016. She also received India’s third-highest civilian honor, Padma Bhushan, for her work in one of the world’s most populous nations. With a history of success and altruism, Gates would be a tremendous addition to the sports world if she so decided.