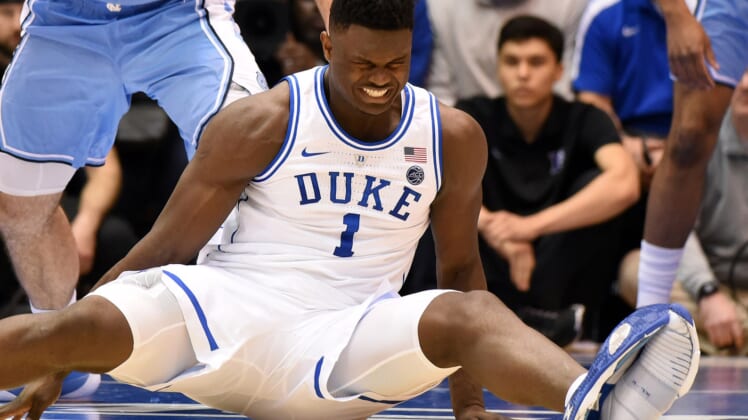 Zion Williamson will not play Tuesday at Virginia Tech, per Coach K

Williamson was injured in the first minute of the team’s game against North Carolina last week and missed Duke’s last game against Syracuse.

The injury, of course, was a huge national story due to the freakish nature of how it happened.

Thankfully the freshman didn’t suffer a serious injury to his knee. He has a Grade 1 sprain and was listed as day-to-day after his MRI results came back.

It’s unknown if Duke will play Williamson at all the rest of the way during the regular season. The Blue Devils could conceivably hold him out for precautionary reasons until the AAC Tournament.