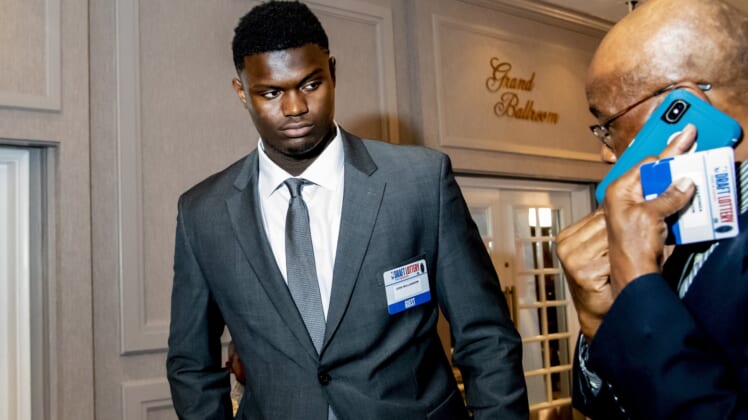 Zion Williamson will likely be the No. 1 overall draft pick when the 2019 NBA Draft takes place on June 20. But there are rumblings that he may not be excited about playing for the New Orleans Pelicans.

To that end, legendary rapper Master P and his son Romeo have put out an offer to Zion: If he does sign with the Pelicans, he’ll have a starring role in the upcoming movie “I Got the Hook-Up 3,” along with a $20 million shoe deal with his company, MoneYatti.

“I know Zion gonna get a big shoe deal from Nike or Adidas or whatever,” Master P said, per TMZ Sports. “We gonna get him a deal just to have to wear shoes outside of basketball.”

While it seems unfathomable that Williamson would turn down the riches that will come with a move to the NBA this summer, there has been talk that he could return to Duke rather than play for the Pelicans.

Clearly, Master P and Romeo are taking that talk seriously. On a related note, it’s just as clear that there hasn’t been an NBA prospect with the kind of clout Zion brings since LeBron James came out of high school.