The fact that Smith punctuated his tweet with a couple exclamation points suggested his request was urgent:

For an NFL star to blast something like this out for all the Internet to see at any time is noteworthy. Heck, Carlos Dunlap did something very similar during the 2020 NFL season when he was on the Cincinnati Bengals. It wasn’t long before he got traded to the Seattle Seahawks.

Not only is reigning NFL MVP Aaron Rodgers fed up with Green Bay’s front office, but No. 1 receiver Davante Adams also broke off contract extension talks with the Packers as of Friday.

Mere hours later, Smith comes in with this revelation. This was pointing to a full-out Packers mutiny.

Then, Smith reassured fans he wasn’t, in fact, hinting at a potential departure:

Regardless of Smith’s current stance and presumed honoring of a contract that runs through 2022, there seem to be serious issues with the inner workings of the franchise, particularly with general manager Brian Gutekunst and CEO Mark Murphy.

Both Gutekunst and Murphy don’t seem to want to own up to their initial blunder on Rodgers, and they’re only digging a deeper hole by failing to extend Adams. 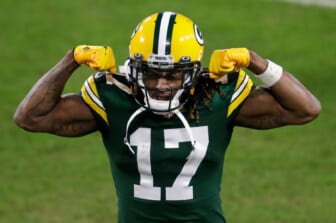 Will Green Bay Packers wake up before their team implodes?

Rodgers and Adams have helped keep the Packers’ passing attack operating at an elite level for some time now, and Smith has been the indisputable heart and soul of Green Bay’s often maligned defense since he joined the team.

With an all-time great at QB wanting out, and a wide receiver who’s clearly not interested sticking around beyond the 2021 season hinting at a potential exit, the Packers’ depth of failure this offseason is difficult to quantify.

Like, how do you alienate your two best players on the heels of back-to-back NFC title game appearances in which you won the NFC North with consecutive records of 13-3? That’s a special kind of incompetence when it comes to building relationships with the most important players in the organization. 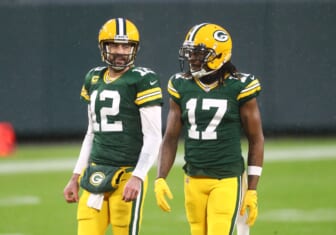 Green Bay was believed to be, maybe, an offensive weapon and maybe a viable inside linebacker or superior No. 2 cornerback away from being truly ready for a championship. Remember when those were the good old days for the Cheeseheads?

Now, it looks like Jordan Love’s runway to succeeding Rodgers at QB is getting a lot shorter, but he may not have one of the NFL’s top playmakers in Adams at his disposal for more than a year. The receiving corps behind Adams isn’t exactly loaded with A-list talent, either.

For many of the issues the Packers have had defensively over the past couple seasons, though, you can’t blame Smith. He’s racked up 26 sacks, 29 tackles for loss and 107 combined tackles in that span without missing a single start.

With Adams entering a contract year, Smith’s deal due to expire after 2022 and Rodgers with more than one foot out the door, Green Bay is really entering the danger zone. 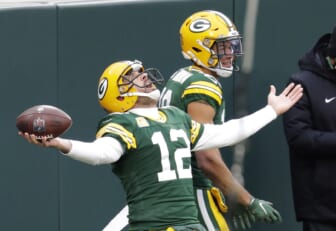 Smith may want to hold off getting in on the real estate market for now. If Rodgers isn’t around this season, the Packers may be losing a lot more games. Adams could be out the door next offseason, and it’s very much in the realm of possibility that Smith could then move on to greener pastures.

Chances are, with or without a disgruntled Rodgers, the Pack ain’t going 13-3 (or better) again.

Again, Gutekunst and Murphy are comically out of touch with the latest generation of players. Usually, dysfunction manifests when teams lose at a high rate. Not when things are going as well as they have for Green Bay over the past two years.