Zach LaVine out for season with torn ACL 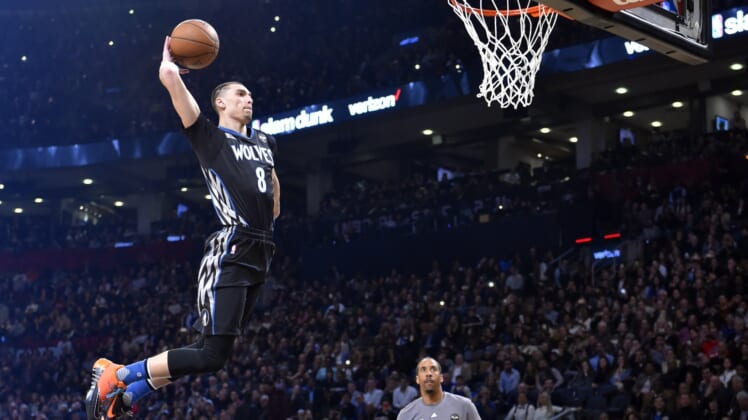 Minnesota Timberwolves guard Zach LaVine will miss the remainder of the NBA season after an MRI revealed he tore his ACL, the team announced Saturday.

#Twolves guard Zach LaVine will miss the remainder of the season after MRI reveals a torn ACL in left knee. Full Release: pic.twitter.com/5XLd9P0MMK

As the release states, LaVine will undergo surgery to repair the ACL at a to-be-determined date after tearing the ligament Friday night against the Detroit Pistons.

This is a huge blow to the third-year player out of UCLA. LaVine, who has improved in each of his three seasons, was really starting to get into a groove and produce on a more consistent basis. Now he’ll have to find that groove again after an extended rehab period.

In 47 games this year, last year’s Slam Dunk champ averaged 18.9 points, three assists and 3.4 rebounds per game for the Timberwolves.