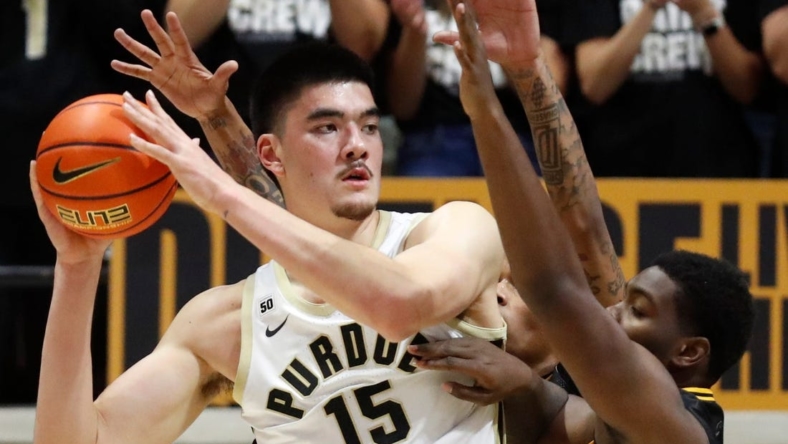 Purdue will look to follow up a convincing victory in its season opener with for a repeat effort against visiting Austin Peay on Friday in West Lafayette, Ind.

Center Zach Edey, who is listed at 7-foot-4 and 290 pounds, dominated both ends of the court on Tuesday. He collected 12 points, 17 rebounds and six shots in an 84-53 win over Milwaukee on Tuesday.

“It’s good to get in transition and get some steals and layups and see the ball go through the rim,” Newman said. “It’s contagious. When a guy or two gets a steal, everybody raises their level and their intensity.”

Meanwhile, Austin Peay couldn’t have played much worse in a season-opening, 99-50 loss at North Carolina State on Monday.

The Governors fell behind the Wolfpack 26-6 in the first half and never recovered. They shot 16 for 52 (30.8 percent) from the field, including just 1 for 8 from beyond the arc.

Second-year coach Nate James said he’s using the non-league portion of the schedule, which also includes a game at No. 11 Tennessee on Dec. 21, to get his team ready for its first season in the Atlantic Sun Conference. Austin Peay went 12-17 overall and 8-10 in the Ohio Valley Conference in 2021-22.

“To start the season, I really wanted to challenge my team in preparation for the ASUN Conference, which will be extremely competitive from top to bottom,” James said. “In that preparation, I decided to schedule an extremely tough non-conference schedule, competing against several Power 5 teams from the ACC, SEC and Big 10.”