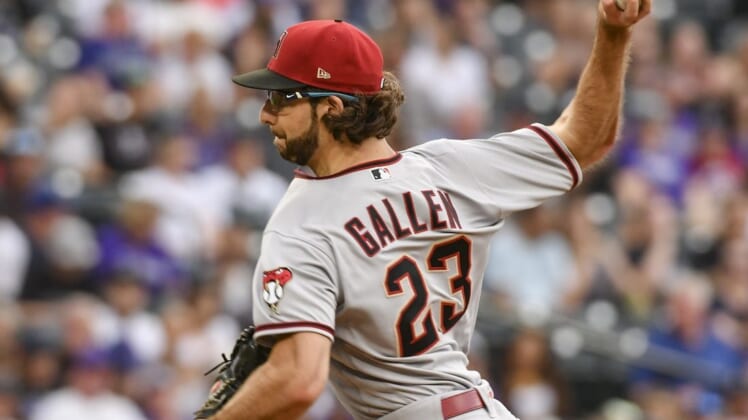 Zac Gallen (8-2) pitched seven sharp innings for Arizona. He has not allowed a run in 15 straight innings and improved to 4-0 in his last five starts.

Carson Kelly, Daulton Varsho and Ketel Marte also had two hits each for the Diamondbacks.

Brendan Rodgers had two hits and Jose Urena (1-4) gave up four runs on seven hits in six innings for the Rockies.

Lovullo is expected to be back with the team on Sunday.

Arizona took the lead in the first inning when Rivera hit an 85 mph slider 408 feet into the seats left to make it 1-0. Two innings later, Urena fed Rivera a 96 mph sinker, and he hit it into the Colorado bullpen for his 10th homer and a 2-0 Diamondbacks lead.

It is the first multi-homer game of Rivera’s career.

Colorado managed just one hit through the first four innings — a first-inning single by Rodgers — and a walk to Sam Hilliard, who was erased on an inning-ending double play.

The Diamondbacks added to their lead in the fifth inning. Geraldo Perdomo drew a two-out walk and Rojas followed with his seventh homer of the season, a shot just inside the left field foul pole, to bring home two more.

The Rockies nearly cut the lead in half in their fifth when Elehuris Montero crushed a ball down the left field line that was ruled foul, and the call stood after a crew chief review.

Varsho made it 5-0 in the eighth when he tripled into the right-field corner and scored when Charlie Blackmon misplayed the ball for an error.

Rojas singled in the ninth inning to drive in Kelly, who led off with a double.