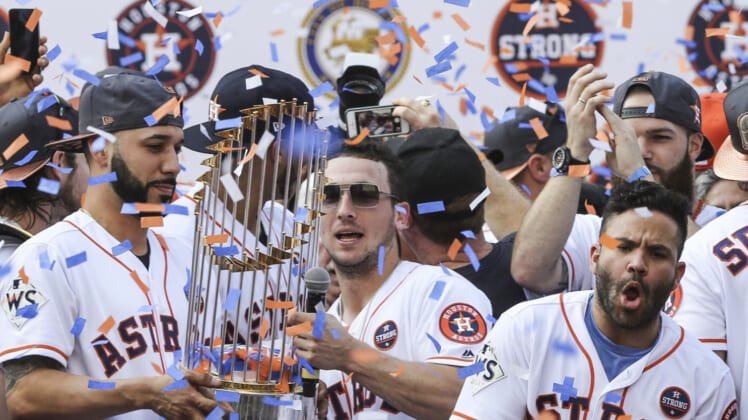 Chicago Cubs star pitcher Yu Darvish is not holding back in talking about the Houston Astros and their sign-stealing scandal.

Earlier on Sunday, Darvish clearly said that they should have to forfeit their 2017 World Series title while pretty much telling Astros players to shut up.

Hanging out with his Cubs during the early stages of Spring Training on Sunday, Darvish turned his attention to social media.

He responded to this tweet from an Astros fan that displayed the 2017 championship trophy.

What makes this even better is the fact that the Astros used trash cans to steal signs during their title year of 2017.

What a time to be alive. That’s all we got.