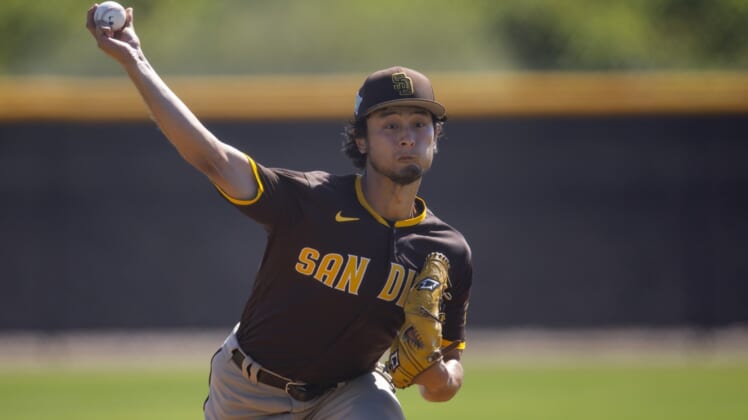 Right-hander Yu Darvish will be the Opening Day starter when the San Diego Padres visit the Arizona Diamondbacks in Phoenix on April 7.

It will be the second straight Opening Day start for the 35-year-old Darvish, who was an All-Star last season despite a second-half slump that left him with a 4.22 overall ERA and an 8-11 record.

“That’s not a difficult call either,” Melvin said of tabbing Darvish. “The difficult part is what Joe accomplished last year, too. I’m hoping there is a good reward for him.”

Darvish’s 2021 Opening Day assignment also was against Arizona. He allowed four runs, eight hits, one walk and struck out six in 4 2/3 innings in a game the Padres rallied to win 8-7.