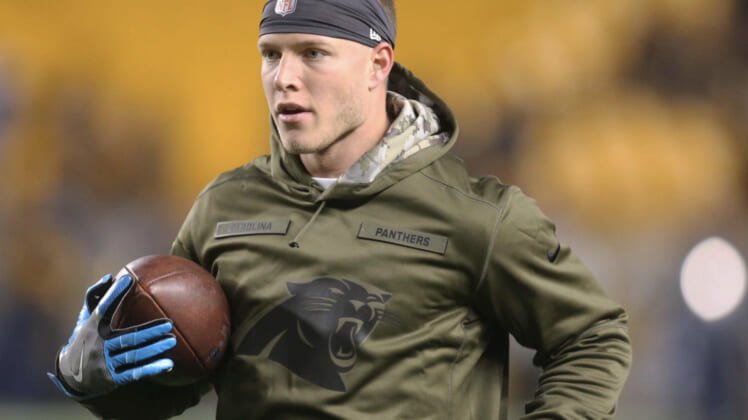 Carolina Panthers running back Christian McCaffrey gained the attention of many when a recently posted picture of himself looking completely ripped at a team practice session went viral.

And it would appear that his hunky photo also got the attention of Olivia Culpo, who is Detroit Lions wide receiver Danny Amedola’s ex-girlfriend.

Upon Culpo liking McCaffrey’s photo, the running back liked a sexy photo that Culpo shared with her millions of Instagram followers.

And according to NFL writer, Dov Kleiman (h/t Jacklyn Hendricks of the New York Post), the two started following each other on Instagram earlier in April.

Might this be the start of a new NFL romance? We will have to see. Culpo and Amendola broke up last October. Though, just recently, Amendola went public to blast Culpo saying she “chooses and wants to be noticed on the internet and in Hollywood to make money.”

We soon will see if Culpo and McCaffrey decide to push forward with their relationship or if they just enjoy flirting with one another on social media.