Yasiel Puig set to plead guilty to lying about gambling 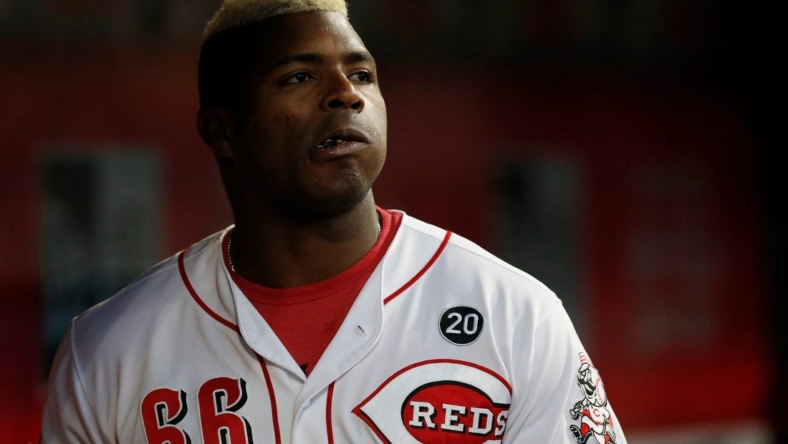 Yasiel Puig, a former All-Star with the Los Angeles Dodgers, agreed to plead guilty to lying to federal agents about an illegal gambling operation.

The Department of Justice (DOJ) announced Monday that Puig will plead guilty to one count of making false statements. He could face a sentence of as much as five years in federal prison.

Puig, 31, last played in the majors for Cleveland in 2019. He is currently playing in South Korea.

According to the DOJ, Puig placed illegal sports bets through an operation coordinated by ex-minor league player Wayne Nix in 2019. After losing $282,900, Puig paid $200,000, then made hundreds of additional bets on tennis, football and basketball games.

Puig subsequently told investigators who told him to send the $200,000 to a person associated with Nix’s operation.

“When given the opportunity to be truthful about his involvement with Nix’s Gambling businesses, Mr. Puig chose not to,” IRS criminal investigation Los Angeles field office Special Agent in Charge Tyler Hatcher said in a statement. “Mr. Puig’s lies hindered the legal and procedural tasks of the investigators and prosecutors.”

The statement did not mention Puig betting on baseball.

Puig is due to appear Tuesday in the U.S. District Court in Los Angeles in connection with his plea deal.

Puig was runner-up for National League Rookie of the Year in 2013 with the Dodgers, for whom he played for through 2018, and he was an All-Star the next year. He started the 2019 season with the Cincinnati Reds before a midseason deal sent him to Cleveland.

In October 2021, Puig settled a civil suit accusing him of sexual assault. He announced at that point that he hoped to return to the majors in 2022, but that didn’t happen. He played for Veracruz in the Mexican League in 2021, then for Kiwoom in South Korea this year.