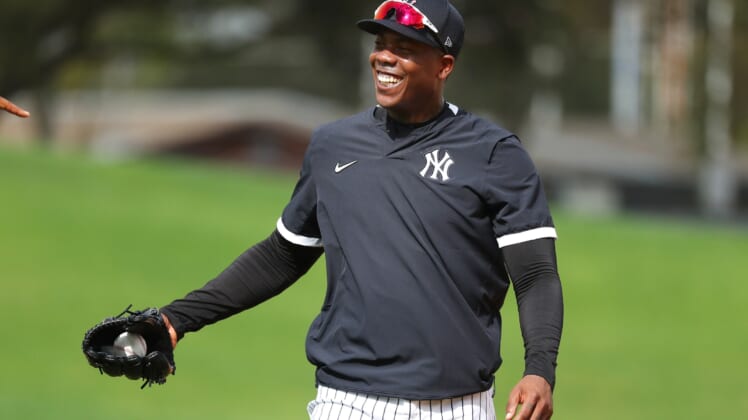 It was back on July 11 that the New York Yankees placed star closer Aroldis Chapman on the COVID-19 injured list after a positive test.

After about three weeks, there’s now some good news on this front for both the star pitcher and his team.

“Aroldis Chapman has been cleared to return to the Yankees. The Yankees announced they placed Chapman on the COVID-19 IL on July 11th,” ESPN’s Marly Rivera reported Friday.

Major League Baseball rules require multiple negative COVID-19 tests within a 48-hour period in order for a player to return to active status. It took a while, but Chapman has now passed said protocol.

This could be some huge news for the Yankees moving forward.

Getting one of the best closers in the modern history of the game back in the mix will loom large for New York amid a truncated 60-game season. Chapman, 32, pitched to a 2.21 ERA and 1.11 WHIP while striking out 85 batters in 57 innings en route to saving 37 games for the Yankees last season.

It remains to be seen when Chapman will actually return to the bump for the Pinstripes. Once he does, the Yankees will be able to use Zack Britton in a more traditional set-up role.