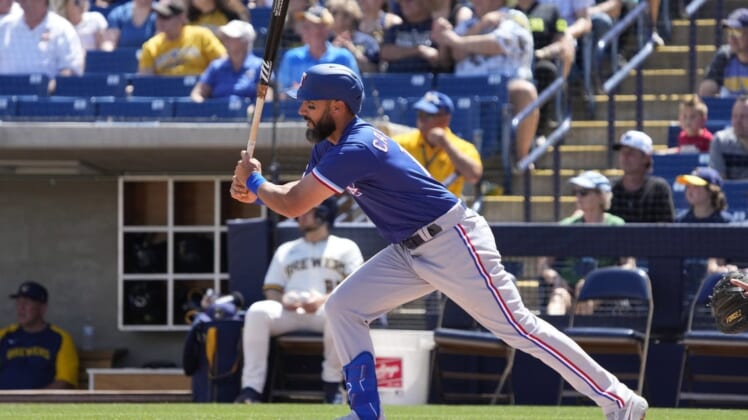 The New York Yankees signed three-time All-Star infielder Matt Carpenter to a Major League contract Thursday and added him to their active roster.

Carpenter, 36, was released by the Texas Rangers last week.

He signed a minor league deal with the Rangers and reported to Triple-A Round Rock. He was batting .275 with six home runs and 19 RBIs but the Rangers couldn’t find a spot for him on their big-league roster.

Carpenter’s first appearance with the Yankees will be his first in a major league uniform other than the St. Louis Cardinals. Carpenter spent 11 seasons with the Cardinals after they drafted him in the 13th round of the 2009 draft.

The Cardinals declined their option on Carpenter last November, paying a $2 million buyout that made him a free agent. He hit just .169 in 130 games in 2021.

The Yankees on Thursday also selected the contract of left-hander Manny Banuelos from Triple-A Scranton/Wilkes-Barre.

Banuelos, 31, will be making his Yankees debut and first major league appearance since 2019. He is 4-8 with a 6.31 ERA in 23 career MLB appearances (14 starts) with the Atlanta Braves and Chicago White Sox.