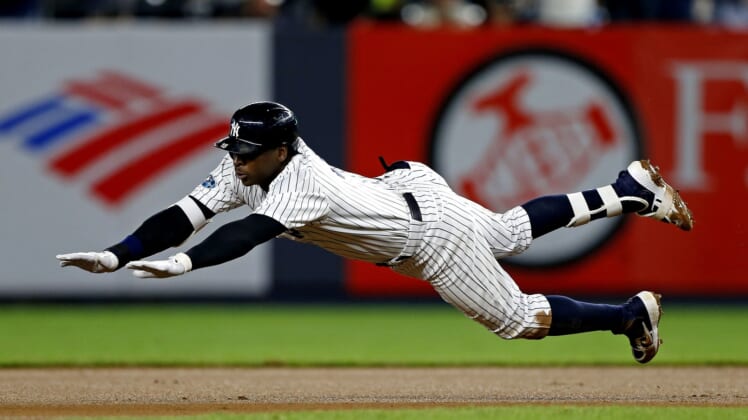 The New York Yankees continue to dominate in the A.L. East and they could now be getting even better with reinforcements almost on the way.

Before Saturday’s game against the Boston Red Sox, Yankees manager Aaron Boone said he believes shortstop Didi Gregorius could rejoin the team for next weekend’s series against the Cleveland Indians.

Gregorius underwent Tommy John Surgery in October and after a lengthy recovery process, he is nearing the end of his rehab assignment in the minors.

According to Boone, the plan calls for Gregorius to play nine innings at shortstop tonight then to serve as the designated hitter with Triple-A Scranton on Sunday. He’d then play a two-game series in the minors on Tuesday and Thursday before hopefully being cleared to rejoin the Yankees on Friday against Cleveland.