Yankees scratch Anthony Rizzo (back) from lineup vs. Pirates 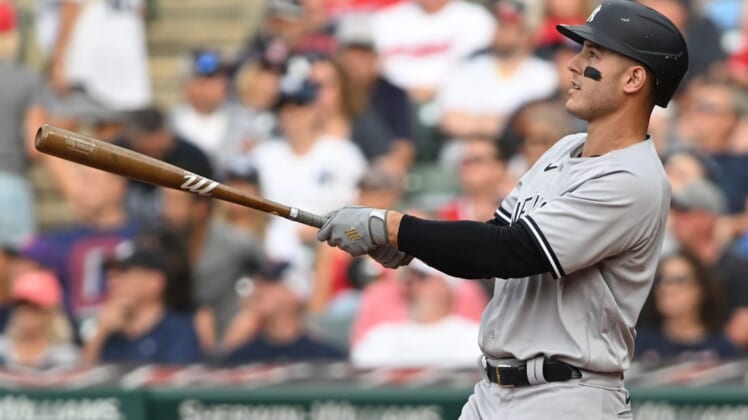 New York Yankees first baseman Anthony Rizzo was scratched from the starting lineup Tuesday night because of back stiffness, the team announced.

With Rizzo out, the Yankees shifted DJ LeMahieu from second base to first and moved Gleyber Torres from designated hitter to second base. Matt Carpenter was then added to the lineup as the DH ahead of their game in Pittsburgh against the Pirates.

Rizzo, 32, is hitting .223 this season with 22 home runs and 52 RBIs. He has played in 77 of the Yankees’ 80 games this season. Rizzo re-signed with the Yankees in March after being traded to the team from the Chicago Cubs last July.

New York owns the best record in the major leagues at 58-22.

Tuesday’s game in Pittsburgh is the first of a short two-game series, and the fifth game in a 10-game road swing.